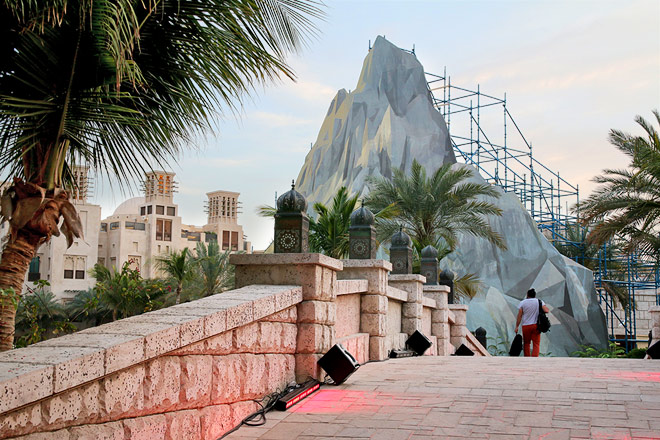 As with almost all editions of Art Dubai since 2007, we report again extensively about this year’s art fair, which took place from 18 to 21 March. Apart from this summary of information and extensive visual tour, we will particularly engage with the program Marker. Since 2012, this curated section focuses on a country or region that the organizers consider underrepresented in the international art circuit, or at least in the Gulf region. So far, these have been Indonesia, West Africa, and, in 2014, Central Asia and the Caucasus. In 2015, the Marker program is devoted to Latin America. More on this topic in our special article on Marker.

Here a summarized overview of the main sections and programs of the Art Dubai 2015 - with links to the respective areas of the official website:

The ninth edition of Art Dubai includes 92 galleries from 39 countries, presenting works of more than 500 artists. The three gallery programmes are:

In the largest halls there are the booth exhibitions of 71 galleries, showing predominantly new work by artists from across the world.

Launched in 2014, Art Dubai Modern, sponsored by Mashreq Private Banking, is a unique programme featuring work by modern masters from the twentieth century (up to the year 2000).

Galleries are asked to submit proposals for booth exhibitions (solo or two-person show) by artists whose work has proven highly influential during the twentieth century and on later generations of artists and are encouraged to focus on a particular period or thematic within an artist’s practice.

Proposals are reviewed by an Advisory Committee, made up of curators and historians with a particular interest in modernist practices of the Middle East, Africa and Asia: Savita Apte, Catherine David, Kristine Khouri, Nada Shabout, Bisi Silva. The committee discusses each application, basing their final selection on the curatorial strength of the gallery exhibition programme and the gallery’s submitted proposal.

Art Dubai’s curated programme of galleries and artspaces, which focuses each year on a particular theme or geography. This section aims to exemplify the fair's role as a site of discovery and cross-cultural exchange, and is a feature of Art Dubai’s extensive not-for-profit programming.

In 2015, Marker turns its focus to Latin America, and the connections between this region and the Arab world–from hundreds of years of migration to today’s trading relationships, via a shared sensibility and approach to art practices.

Curated by Luiza Teixeira de Freitas, Marker will take–for the first time–a multidisciplinary approach, dwelling on its broad theme through honed, specific lines of enquiry. The programme, located within the Art Dubai Contemporary gallery halls, will include artists’ books, sound projects, performance and film, as well as drawing, painting and installation. Teixeira de Freitas is working with artists and commercial and non-commercial organisations across the region to develop this dynamic programme.

For more information, the participants and the biography of the curator, please see our >> special article.

Art Dubai Projects is a not-for-profit programme of new works and performances that explores the fabric and economy of an art fair, embracing the theatrical nature of such an event. Art Dubai Projects 2015 features 11 artists and collectives, participating in the A.i.R Dubai residency and projects programme, as well as Art Dubai Commissions; both programmes are curated by Lara Khaldi. The programme also includes a radio station and the Art Dubai Cinema.

Curated by Lara Khaldi, includes Jumana Emil Abboud, Maria Thereza Alves, Fari Bradley & Chris Weaver, Mehreen Murtaza, and the collective Umashankar and the Earchaeologists. All five commissions are developed with local and international partner organisations: the collaborative model is designed to extend the life and influence of the project beyond the fair in March. Yazan Khalili is commissioned to produce a large-scale bar installation at Art Dubai 2015.

Art Dubai partners with Delfina Foundation, Dubai Culture and Arts Authority and Tashkeel to run Artists-in-Residence (A.i.R) Dubai, an annual residency programme which gives international and UAE-based artists and curators the opportunity to be based in Al Fahidi Historical Neighbourhood (formerly known as Al Bastakiya), in Dubai.

In 2015, the residency programme, curated by Lara Khaldi, is particularly diverse: UAE-based artists selected via a competitive Open Call include the established, Khorfakkan-based artist Mohammed Ahmed Ibrahim; photographer and writer Hind Mezaina; Sharmeen Syed, whose practice references architectural research; and multi-media artist Jessica Mein. The artists joining them in the residency from abroad are the Amsterdam-based, former Rijksakademie resident Mehraneh Atashi, who works in photography, video and installation and has been recently pre-occupied with the concept of entropy, as well as Beirut-based artist Rheim Alkadhi, who weaves poetic collages from objects, texts, and images.

Art Dubai Film is a programme of video and film by and about artists. Besides artists’ video shown in the gallery booths, our not-for-profit programme includes a cinema space at the fair each March, featuring programmes created by guest curators and collaborators.

In 2015, as part of Marker: Latin America, curated by Luiza Teixeira de Freitas, Videobrasil has been invited to present curated programmes in the Art Dubai Cinema.

Art Dubai’s annual week-long dedicated radio station enables audiences near and far unique access to the fair’s daily life, as well as glimpses into some of the many conversations that take place around its conception through a variety of sound projects created by Art Dubai participants. Working with a guest presenter each year, audio content is disseminated worldwide via web-stream and podcast.

In 2015, Art Dubai Radio is hosted by Campus Art Dubai’s 2014-15 Core class of UAE artists, writers, researchers, curators, and architects. Working with ideas of slowness and the construction of heritage, culled from this year’s theme for Campus Art Dubai, each participant contributes to the Radio programme through a range of interviews, readings, mixtapes, performances, and unique sound works.

March 14-15, 2015Dar Al-Athar Al-Islamiyyah, Amricani Cultural Centre, Kuwait City March 18-20, 2015Art Dubai, Madinat Jumeirah, DubaiThe ninth edition of the Global Art Forum takes on the theme of technologies and their impact on the world of art and culture. Titled Download Update?, the Forum is co-directed by Turi Munthe and Sultan Sooud Al Qassemi, with Shumon Basar as Director-at-Large. Drawing in a range of speakers from across art, new media, web, design and literature, the Global Art Forum will debate how technologies have transformed not only the way we work, but how we think, interact, learn and create.

Programmes include: Campus Art Dubai, an art school for artists, curators, writers, designers and cultural producers based in the UAE; Forum Fellows, a fellowship that brings together exceptional young curators, writers and translators from the region; an artist-led children’s programme and children’s publications (in partnership with The Sheikha Manal Little Artist Program), artists’ talks; and an Internship Programme. The fair also attracts an exceptionally high level of attendance from universities and colleges, attending organized trips.

Building further on the format of recent years, The Abraaj Group Art Prize, following the application and jury process, now shortlists four artists and one (of the four) artists awarded the $100,000 commission. The three shortlisted artists receive a cash prize and are represented in a group exhibition at Art Dubai (March 18-21, 2015) through previous works, which will be carefully selected by the guest curator in liaison with the artist. awards the $100,000 commission to one artist.

Yto Barrada’s newly commissioned work, produced for The Abraaj Group Art Prize, will be part of an exhibition at Art Dubai, March 18-21, 2015.

The exhibition will be curated by Omar Kholeif, who has been selected as The Abraaj Group Art Prize 2015 Guest Curator, and who will be working closely with all the artists and has the responsibility of curating and producing the exhibition as well as an accompanying catalogue.

In 2009, Art Dubai and the Sharjah Biennial coincided for the first time. Photos and information.

A milestone in the development of the visual arts in Dubai and the region's art market.
Nafas Art Magazine