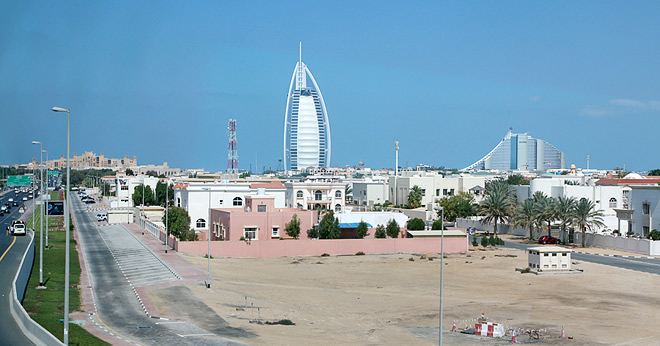 Pat Binder & Gerhard Haupt: When your appointment as Fair Director of the Art Dubai was announced in 2010, you had been primarily known as an author about art and film and as the curator and organizer of art and educational projects. Were you explicitly given the task of strengthening the role of the art fair as an engine for local art activity and its international networking? After all, Dubai has great ambitions in this field, as well, which were expressed in the plans for the gigantic cultural development project Khor Dubai 2008, which had to be abandoned in the same year because of the financial crisis.

Antonia Carver: One of the great challenges of this job, but what makes it so interesting, is the need to have a 360-degree view of the artworld: from leading patrons and high-level collectors, through institutions and museums, the market and gallery world, as well as the full gamut of the not-for-profit art scene ̶ projects, talks, educational programming. It's this diversity which makes it so interesting, and this is an explicit part of the identity of the fair.

The diversity comes through programming ̶ the breadth I mention above, but also in terms of always thinking how we can be different, how we can carve out a unique identity for ourselves amid so many fairs, biennials and events, the world over. Even just within the educational programmes, we try to have the widest range ̶ from exciting and innovative children's projects (this year, the Sheikha Manal Little Artists programme has workshops with sound artist Dylan Martorell) through to asking some of the most pertinent questions of our time through the Global Art Forum.

And yes, the fair strives to have a balance between the local and the global and year-on-year, we see greater participation in the fair by UAE-based artists, curators, audiences. We believe a fair like ours can act as a catalyst in the growth of the local arts scene, as well as reflecting its extraordinary development over the past 8 years.

B & H: What were your greatest challenges? Isn't it a tricky tightrope walk to have to work for an art fair's commercial success while simultaneously doing justice to artistic and educational ambitions, which are mostly independent of market interests?

AC: Yes, it is a tightrope sometimes ̶ but I'm sure all fair or institutional directors have to walk this kind of walk! It's about balancing the commercial interests of galleries (and of course artists ̶ often we forget that they need to eat, too) and sponsors, while opening up spaces for debate and for artists to create interesting works, to experiment. But in the end, a strong, artist-oriented, discursive environment benefits everyone ̶ and we tend to work with sponsors and government departments that recognise this and encourage it. I don't think in today's art world the commercial and the non-commercial are so strictly divided ̶ and given that an art fair like Art Dubai attracts all the players in the art community (artists, gallerists, collectors, institutions, curators, critics and so on), this is perhaps the one site that can really explore these commercial/non-commercial relationships.

B & H: In which direction have the offerings of the galleries represented at the fair consolidated? What are the primary groups of buyers and where do they come from?

AC: When the fair launched in 2007, the rhetoric was very much one of 'East meets West' ̶ the hangover from the post-9/11 era, perhaps. Over the years, the discourse has shifted, and nowadays, we are looking more at the relationships that come through Dubai, as a hub for trade, transport and communications (and increasingly, culture). The galleries this year come from 34 different countries, which makes us one of the most 'global' of art-world meeting points. The balance in gallery location has been the same for the past 3-4 years: around a third from the Middle East and South Asia, a third from Europe, and a third from the Americas, Africa and East Asia. But around half the artists represented are from the Middle East and South Asia ̶ and through the fair's life, we've seen increasing numbers of artists from this part of the world pick up international representation.

We are highly supported by a 'bedrock' of collectors from the UAE and GCC, then the Middle East in general who come in for the fair. And then there is a loyal and highly knowledgeable group of collectors from the Middle Eastern diaspora, whose families may have collected for generations, but who now see Art Dubai as their 'home fair'. We make it our mission to attract museum directors, curators, and their groups, and work with them to provide bespoke trips that take these groups throughout the UAE and the Gulf ̶ and commentators have noted an unusually high number of institutions attending the fair, compared to other major fairs. Of course, many of the major museums see themselves as international, rather than national, institutions: Art Dubai is a point where they can take in a lot of artists, ideas, interesting people involved in the diverse arts scenes of the Middle East, Asia, and increasingly, Africa.

B & H: In 2014, with "Art Dubai Modern" there will be a new section devoted to modern art from the Middle East and South Asia. Why was this new market segment included? Was this intended to strengthen the Art Dubai in relation to the competition from other art fairs, for example in Abu Dhabi and Istanbul?

AC: The development of this new section was something we've been thinking about for a while, and the idea came out of discussions with galleries, artists and with institutions in particular. We felt it was important to show where today's artists and ideas came from ̶ the influential artists of the 1940s-1990s that inspired and taught today's generations. Many international institutions first became acquainted with the Middle East and South Asia through contemporary art, and are now working back through history, matching the great European artists of the twentieth century with their 'colleagues' who were making work at the same time in dynamic cities such as Beirut, Cairo, Manama, Amman, Tehran, Karachi, Bombay.... We're working with some incredible curators and historians, all of whom are experts in the field - Nada Shabout, Kristine Khouri, Savita Apte, Catherine David ̶ to put together a series of solo and 2-person shows, working very closely with the galleries.

Some of the Art Dubai Projects commissioned artists ̶ such as Clark House Initiative and Najat Makki ̶ have opted to explore this field through their site-specific works too. And the subject also influence some of the thinking behind this year's Global Art Forum, titled 'Meanwhile...History'.

With all our programmes, and in all developments, we tend to think Art Dubai, and our constituency of galleries, artists, curators, collectors, and how best we can grow the fair, rather than compare with others. Art Dubai was the first international fair in this region when it began in 2007, and since then has come Hong Kong, Delhi, Marrakech, Abu Dhabi, Beirut ̶ and this is indicative of the great economic and cultural shift eastwards ̶ the complementary and multiple events are something to be celebrated.

B & H: Since 2012, the curated section "Marker" has presented galleries from certain countries or regions. After Indonesia and West Africa, in 2014 it will be the turn of Central Asia and the Caucasus. What are the criteria for selecting the respective Marker foci? How far will this geographical arc extend? Will this actually bring about a desired cross-cultural exchange with some lasting effect?

AC: Slavs and Tatars are curating this year's Marker and it's certainly the most ambitious to date: there are five organisations involved in the main Marker section, another two contributing works, plus a new series of artists' books published by One-Star Books, plus an education programme supported by Caspian Arts Foundation. Through Marker, we tend to focus on regions or themes that are under-represented on the international stage, yet have close links (through history, trade, religion, sensibility) with the Gulf and Dubai. These two regions are vast, of course, but we were particularly looking for dynamic organisations that work with really interesting artists, and have tried to present something very fresh. In this way, Marker epitomizes the role of Art Dubai as a 'fair of discovery'.

One particular aim is to create a kind of 'stickiness' going forward. We have maintained and grown links with Indonesia ̶ in fact, Gulf countries were the focus of the last Jogja Biennial ̶ and our links with West Africa grow all the time. We're hoping for the same long-term impact with Central Asia and the Caucasus as well.

In 2009, Art Dubai and the Sharjah Biennial coincided for the first time. Photos and information.

A milestone in the development of the visual arts in Dubai and the region's art market.
Nafas