Waiting for the Past, Seeing the Future. An introduction to the work of the Iraqi artist. 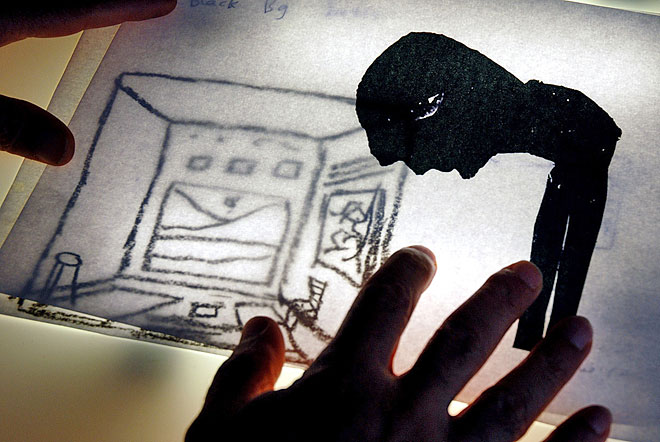 It was a cold December afternoon, an especially cold one. The Dutch town of Amersfoort huddled in on itself underneath an ominously dark sky. Stillness permeated the ice-laden air, interrupted only by the sound of frost cracking underneath our feet as we made our way to the studio of Sadik Alfraji. "It’d better be worth it", we muttered to ourselves while we reached out to the buzzer. As if he had sensed our disgruntled state, the door was already open and a little man was standing in the hallway. The smell of freshly brewed coffee whiffed through, as though this stranger summoned it. He was smiling in a manner that anticipated our miserable condition and with a few words, uttered in a commanding yet reassuring tone, it no longer mattered that it was below freezing temperature outside. "I was waiting for you. Come in. There is so much to see."

This was a couple of years ago. Many studio visits later, we have come to know both Sadik and his work really well. Today, we can think of several frameworks through which to discuss and contextualize his art. Ironically, however, we can find no better way to do so than through those three short statements with which he first greeted us upon our first encounter: "I was waiting for you", "Come in" and "There is so much to see."

"I was waiting for you"

Sadik waits. He takes his time. His process is one of patience, of searching for the sake of looking, of learning how to see rather than finding and moving on. He waits for things to manifest themselves, for forms to take shape, for time to grow old, for files to download and for the seasons to come back. His waiting, unlike that of a passive onlooker is an active act of engagement with his immediate surrounding, the realm of physical stimuli and the world of theoretical concepts. As a result, his work, whether his paintings, installations or digital creations transform into more than formal excursions into unexplored territory becoming philosophical disquisitions on the self, language, and the nature of pictorial representation. The House that my Father Built, the work he created specifically for the exhibition Told Untold Retold [1] is the result of a period of waiting that lasted for twenty years, ever since he first left his homeland of Iraq. Only upon his return did he conjure all the emotions of yearning for innocence in one last forlorn attempt to recapture a childhood long-gone.

Despite how personal and intimate Sadik’s work is it always invites you to come in. In a vernacular that mixes the accessible with the aloof, the obvious with the ambiguous, Sadik has perfected a visual iconography that lures us into a timeless universe that is at once comforting yet menacing, humane yet sadistic, conciliatory yet disruptive. The "cycloptic" gigantic figure scrutinizes us with his omniscient eye, stripping us from the thin veneer of artifice with which we manage to camouflage our insecurities. In front of his overbearing presence, we feel naked, revealed and defenseless. Yet, in an unexpected twist, masterfully crafted by the artist, we also witness the transformation of this megalithic figure into a soft, bruised and vulnerable being who shares our longing for home, for a space of honesty, a place to belong to where all masks can be shed and truthfulness prevails.

"There is so much to see"

Wherever one journeys through Sadik’s world, there are many things to see. A sense of complex naïveté permeates his entire oeuvre, rendering the real world into a dull place that quickly dwindles and fades away next to the enticing magic of his creations. In his dreamlike visual scapes kites fly only to transform into ethereal birds, little girls skip but soon grow up to become maternal deity figures, the sun and the moon play tag in an eternal cycle of life and death, the stars twinkle rhythmically lighting the way of exotic wanderers. In Sadik’s universe, the sounds of cities mingle effortlessly with those of nature, the harrowing screams of war-ridden folk become a lullaby that puts giants into deep slumber and the trickling drips of water fountains merge with the black sound of oil refineries. Surreal and fantastical, yet paradoxically relevant in its realism, Sadik’s art manages to seduce, but only to confront us with that which we are trying to evade. It allows us to dream, yet never looses touch with the reality it encourages us to leave behind. Through this sense of bewilderment, Sadik succeeds in making the personal collective and the unfamiliar universal, and that is indeed a wonderful thing.

It so happened that a few weeks ago, we were back in Amersfoort visiting Sadik where we first met him on that dreary winter afternoon. This time it was summer and everything was in full blossom. "Do you remember when we first met?" we asked him. "It was so cold that day." In his usual smile, Sadik replied: "It will be cold soon, but there will always be fresh coffee. You just have to wait."

Co-founders of Art Reoriented, a curatorial platform specializing on art connected to the Middle East.

Sadik Kwaish Alfraji:
The House that my Father Built. 2010
Multimedia installation. Animation of drawings projected onto a figure painted on canvas, and personal objects.