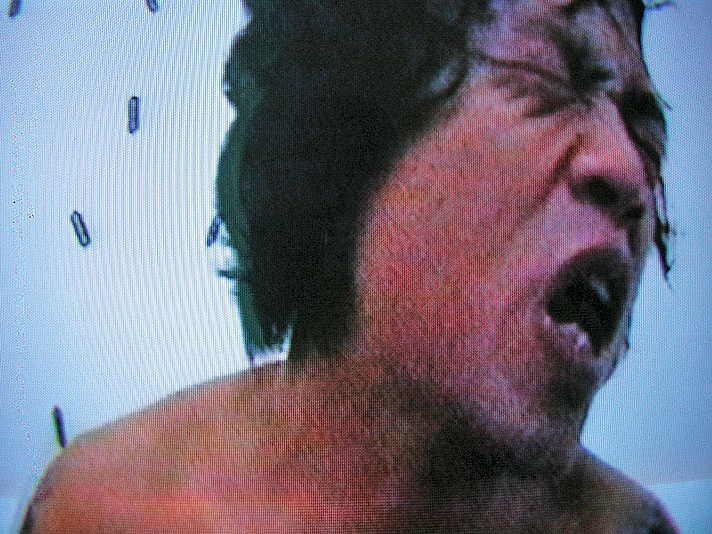 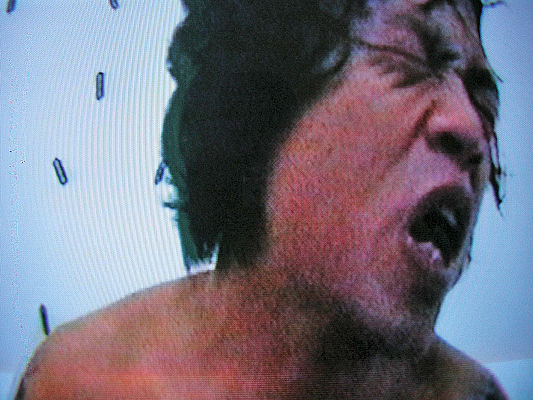 WHAT, 2002
Video, DVD format
Reza Afisina’s WHAT is an example of the impossibility of representing pain as the effect of external and systemic violence: violence reproduced on television, in radio reports, through gossip and rumor. Taped at close range, Reza filmed himself alternately reciting a passage from Luke and slapping himself with extreme blows to his face. As the slaps intensify, his face swells, his voice falters, his breath quickens. Then Reza quietly turns off the camera. The body, as mediating object and subject, manifests the truth of pain (mental and physical) in ways no other form of representation can. According to Reza, pain-as-experience is truth. And the truth of the pain is mediated and reflected through the body and on its surface.
(Text by Amanda Rath)