Nuha Asad: Faces with One Feature

About the performance and photographs of the artist from Sharjah. 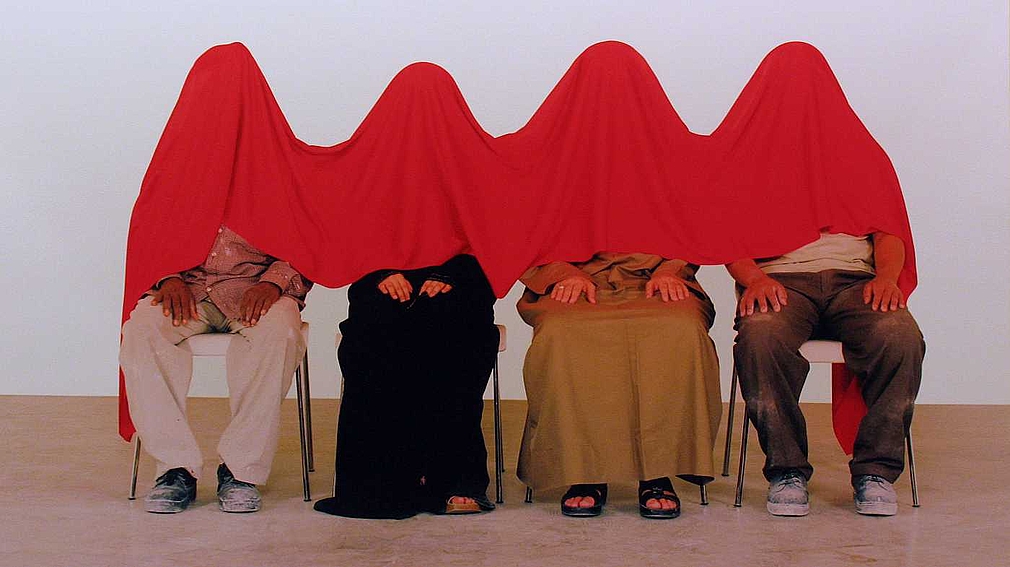 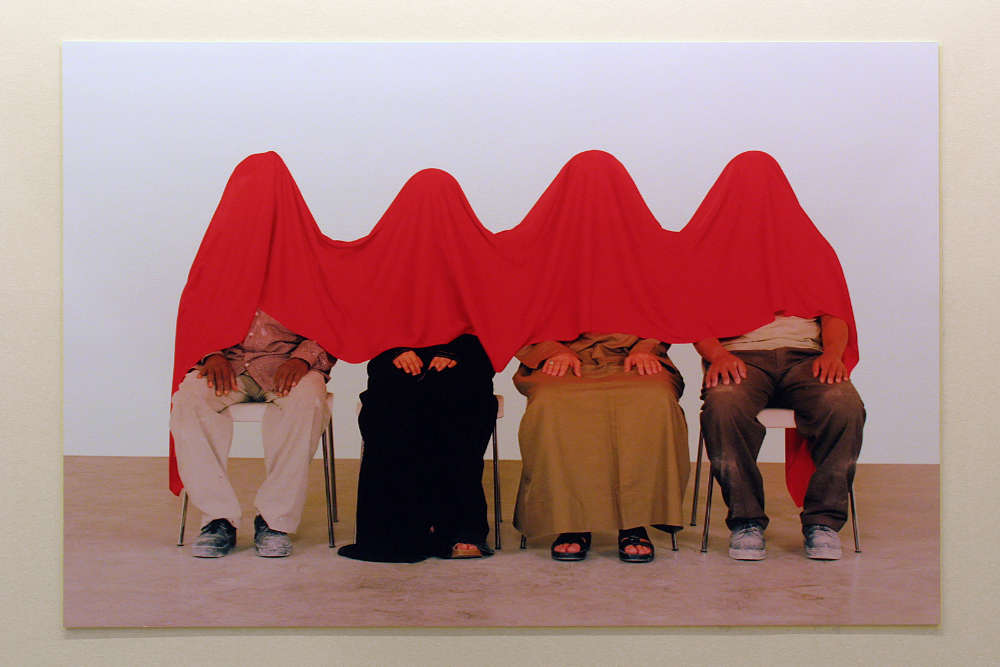 At the 7th Sharjah Biennial in 2005, marking the second time she ever participated in an exhibition, Nuha Asad showed a continuation of Faces with One Feature, a project initiated the previous year. It includes photographs of heads wrapped in undulating, red satin cloth, and craned back as though trying to see the sky in spite of their faces being veiled. In other photographs are groups of people with veiled torsos. The visible parts of their bodies (clothing, hands, footwear) hint at what kind of people are hidden under the cloth: local couples and everyday workers, usually recognized as immigrant workers that came to the Emirates from poor countries.

In reference to this, Nuha Asad says: "Essentially the people are equal, although they might differ regarding their origins, culture, economic situation, or social status. My work is about the humanity in us all, even though I don't aspire to erase the differences between us. Difference is a basic attribute of nature, and something that I accept while focussing on the thin line which separates our common humanity from our cultural and social differences."

In conjunction with the opening of the Sharjah Biennial on April 6, 2005, the performance that Nuha Asad organized with twenty people on the public square before the Sharjah Art Museum transposed the basic idea of her photographic group shots into an artistic intervention in a public space. "It was a wonderful experience, because it let me position myself at a direct interface with the audience, and enabled me to experiment with how I feel in this role and with what direction my work could develop."

Considering the context in which Nuha Asad lives, one is prone to compare her works with those of other women artists from Arabic countries or the Middle East, devoted to the theme of covering, veiling, and concealing women’s faces and bodies. Only Nuha Asad is neither explicitly concerned with that, nor with the traditional black garments worn by women in this part of the world, but rather with general aspects of human existence. Hassan Sharif, the renowned artist and art theorist from Dubai, puts it this way: "...her work deals with an undercurrent, an invisible aspect of modern life: the often cruel and negative reaction to diversity. She criticizes this racism, ethnic-ism, and all the other ‘isms’ that describe prejudice and hatred based on race, color, class or any other morphological, cultural, social, political or economic differences."

Faces with One Feature. 2005
Photographs, performance