Remarks on the lack of differentiation in the representation of contemporary Egyptian art. 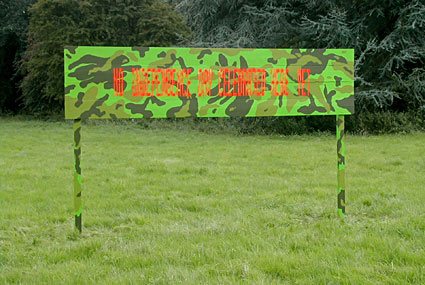 What started as the earnest enthusiasm of some curators to break the Western codes of artistic perception of art and demolish previously established stereotypes has unintentionally created new ones. The growing interest in different artistic practices in Third World countries, together with the impact that the introduction of new media and ideas have had on their development, have largely contributed to the restricting categorization of such practices. Third World artists have come to terms with an obviously Western system of acceptance of their production, one that mostly favors work complying with a fixed set of expectations as to the issues addressed by Third World artists.

Based on the Western media's stereotypical views of the social, cultural, and political situation in Egypt, most Western curators find themselves fascinated only by Egyptian artwork that deals specifically with socio-political issues, dismissing diverse aesthetic interests as ones that do not relate to any immediate local reality. Following these assumptions, an obvious pattern can be traced regarding the context in which contemporary Egyptian artists' work has recently been presented in major international shows. In the majority of these, artists interested in the socio-politics of the local have been selected largely on the basis of their respective geographical background (e.g. Egyptian / Arab / African), bearing in mind the cultural, ethnic, and religious expectations that background is associated with.

Although I cannot claim that such shows find their sole interest in the geographical and its socio-politics, they have - problematically enough - succeeded in creating an understanding in the West that Egyptian artists' work should only explore identity issues, political oppression, gender equity, religion-related issues, or authoritative indifference and this only within the limitations of a local context.

As a result of this situation, Egyptian artists who work within different contexts based on widely diverse individual interests find the current situation quite frustrating. The stereotyping of socio-political art as the preeminent representation of contemporary Egyptian art leaves them wedged in between institutional accusations of being influenced by Western trends and Western accusations of neglecting their local "identity issues".

Whilst not denying the existence of identity issues - usually attributed to colonial practices and their repercussions - in Third World countries such as Egypt, one cannot claim Europe is deprived of them. The European population, mainly Caucasian until World War II, has become an unavoidably noticeable mix of all races, languages, and sometimes contradictory cultural habits. This situation has created complex identity issues based on a debate on how far the acceptance of the Other can go. Such changes in European societies have not been of much interest for mainstream European artists to address in their work, neither have they been supported by curators. Instead, the production of work is mainly based on a diversity of ideas and individual interests.

This current trend in curatorial practice concerning contemporary Egyptian art needs urgent address since it could eventually compromise artistic diversity. New ideas need to be negotiated between artists, curators, and galleries without dismissing any of those parties' interests (including interests in the socio-politics of the local). Artists should also take the initiative to question shows that bring a few names together under a geographically related title, thus presenting their work within a limited context.

I see some resemblance between this situation and an unrelated personal one: During my first visit to the USA, I found it hilarious that children often asked me if I knew the song "Walk like an Egyptian" and if, back home, I actually did walk like an Egyptian. I returned to Cairo and eagerly looked for anyone who "walked like an Egyptian" but unsurprisingly found no one!

Visual artist from Egypt, born in 1977; lives in Cairo. 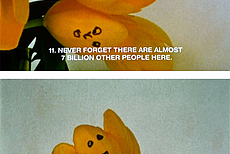 Chosen as Deutsche Bank’s "Artist of the Year" 2016, Magdy will present his first institutional solo exhibition in Berlin next year.