Call for projects of site-specific artworks for 28 sites throughout the redevelopment area that aims to become an iconic landmark in Shanghai. Deadline: 30 September 2016. 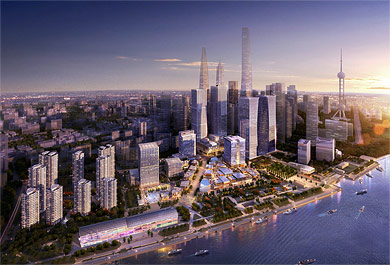 Call for projects of site-specific artworks for 28 sites throughout the redevelopment area that aims to become an iconic landmark in Shanghai.