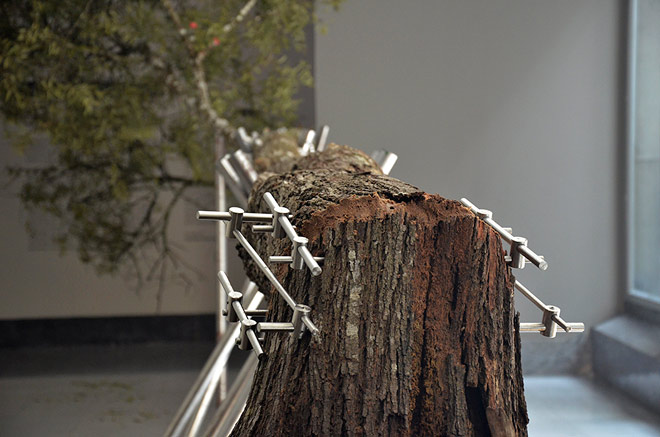 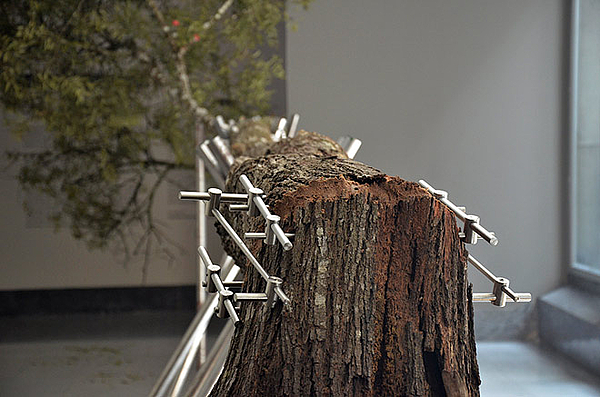 Residence in Casa Deuxsoleils, Honda, Department of Tolima.
Naturaleza Transmutada
Installation with drawing and biological material
How can one move a landscape without damaging it? This was the question that Monsalve asked himself when he arrived to his place of residence. Naturaleza Transmutada [transmuted nature] was one of the possible answers. Monsalve applied to the flora of the region a procedure known in forestry as aerial layering, a technique of artificial plant propagation in which roots are developed on a stem giving rise to new individuals identical to the parent plant. As it is a slow process, the project was divided into three parts. The first step was a classification of the selected species, which were typical or representative of the place. The second was a reconnaissance of the territory through the process and recollection of elements and data. And finally, the third step -- transmuted nature -- where a process of conversion of nature is shown.