His complex universe created along 50 years of internment in a psychiatric hospital. Including potos of works shown at the Venice Biennale 2013. 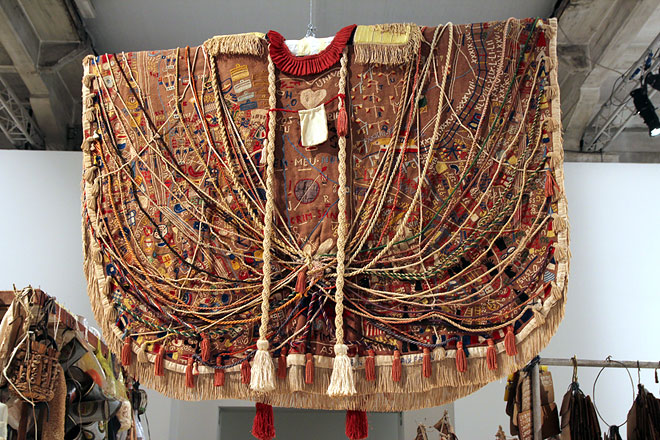 Bispo’s output expressed his experience of the universe. He endlessly listed every single person he met, and his works incorporated every element he came across in his daily life. He declared his belief in God, but still criticized dogmatic stances, in hundreds of texts obsessively rendered in innumerable embroideries.

Bispo asserted his belief in the power of art, the imagination, and play as crucial tools for the acquisition of knowledge. [1]

The Museum Bispo do Rosário is located in the West area of Rio de Janeiro, in the Taquara neighbourhood. It is hosted in the premises of the Instituto Municipal de Asistencia a la Salud Juliano Moreira, former Colonia Juliano Moreira, an institution created during the first half of the 20th century to give shelter to those marginalized as abnormal or undesirable (mentally hadicapped, alcoholics, etc.), being today still home of hundreds of people.

The museum takes care of the 806 works created by Arthur Bispo do Rosário during his psychiatric internment at the institution. In addition to organizing two art exhibitions every year, it maintains - under the patronage of the Instituto Votorantim - a school of visual art (Escuela Libre de Artes Visuales) offering free workshops to students, users of the mental health services, and to the communities in general. [2]

Works by Arthur Bispo do Rosário
exhibited at:

"The Encyclopedic Palace"
Central exhibition of the
55th Venice Biennale 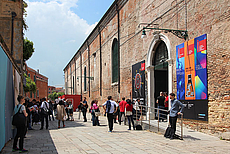