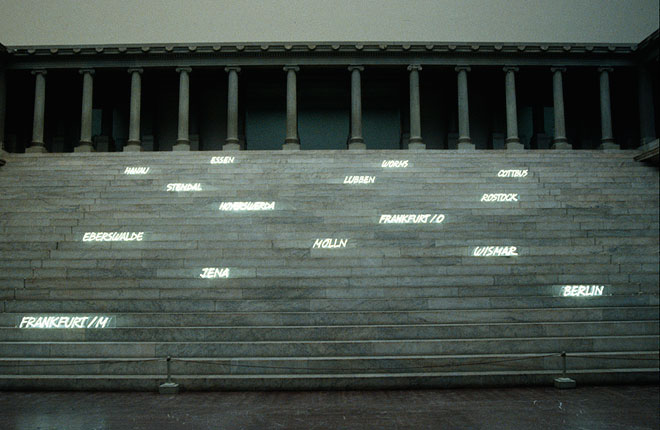 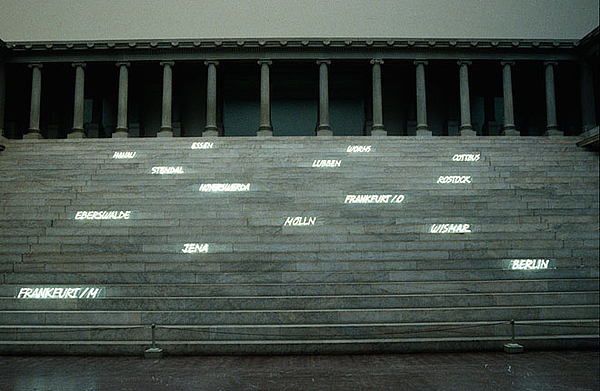 The Pergamon Project: The Aesthetics of Resistance

Jaar installed on the staircase of Pergamon Altar in neon lettering the names of fifteen Germany cities in which in 1992 there had been attacks on homes for asylum-seekers or where immigrants had been assaulted.