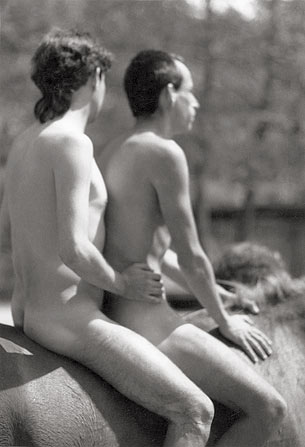 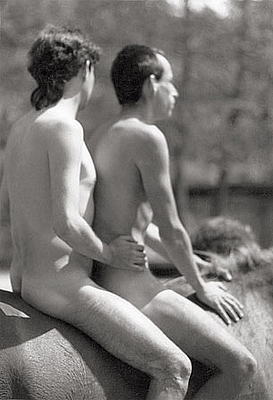 University of Chile Re-founding. 1989
Performance at the Facultad de Arte de la Universidad de Chile, which, at that time, was controlled by the military government, to symbolize minorities entrance into the academy. The artists marched to the Facultad on horseback, in reference to the conqueror Pedro de Valdivia, and nude, in reference to Lady Godiva. They were accompanied by poets Carmen Berenguer, who led the horse, and Nadia Prado, who played a flute.