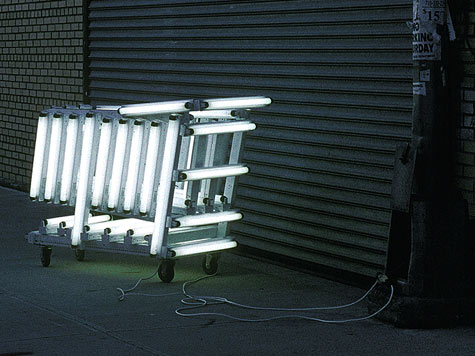 "Copying Eden. Recent Art in Chile" is a publication edited by the international curator Gerardo Mosquera. In 650 pages, and with a clear and dynamic design, this book presents and analyzes the evolution of contemporary art in Chile from 1973 to the present day. It reproduces more than 500 color images of works by 74 artists -selected by Mosquera- including renowned figures such as Eugenio Dittborn, Juan Downey, Arturo Duclos, Alfredo Jaar, Carlos Leppe, Lotty Rosenfeld, and Alicia Villareal, as well as emerging ones: Mónica Bengoa, Pablo Ferrer, Ignacio Gumucio, Patrick Hamilton, Livia Marín, Iván Navarro and many others. The artists are introduced by brief texts by Josefina de la Maza and Catalina Mena. Each reproduced work is rigorously documented with a caption that, in addition to providing the technical data, offers the reader a description of the work in case the image did not allow for full comprehension. This is a bilingual edition in English and Spanish that includes essays on numerous aspects of art in Chile and Latin America - richly illustrated -written by six distinguished critics and art scholars (Guillermo Machuca-María Berríos, Justo Pastor Mellado, Catalina Mena, Nelly Richard and Adriana Valdés). It also includes an introduction by the editor that analyzes Chile from an international perspective as well as an appendix that reviews the main texts on Chilean contemporary art written in the last 30 years, together with the most complete bibliography of the period ever compiled.

The book is a reaction to a significant development of the visual arts in the country, which has given rise to new art schools, new talents, and more exhibition spaces. And yet, there seems to be an immense lack of information about contemporary Chilean art and its history as well as a surprising lack of coverage in relation to its quality and relevance. As a result, this art is sparsely known and analyzed, even in Latin America. This is why Ediciones y Publicaciones Puro Chile seeks to organize, update and present the history of contemporary art in the country. As part of the effort to promote Chilean art through this publication, Puro Chile has initiated a distribution campaign in collaboration with the Ministry of Foreign Relations in order to release the book in museums and universities around the world. The book has been launched at Tate Modern, London, Museum of Latin American Art (MALBA), Buenos Aires, and the Museum of Modern Art (MAM), São Paulo. It is on sale in the most important bookstores in Chile, among them, Contrapunto, Ulises, Antártica, Metales Pesados, Feria Chilena del Libro, José Miguel Carrera, Takk, Qué Leo, Librería Universidad Católica Campus Lo Contador and Galería Animal.
It can be purchased also through www.amazon.com and info(at)puro-chile.cl
Distinguished international curators have commented on the publication:

"For decades, critic and curator Gerardo Mosquera has consistently been at the forefront of the most vital changes in South and North American art. He has a very keen eye and a deep sense of social responsibility, qualities that he has now brought to bear in his latest book, on Chilean art and criticism. Chile should be thrilled to have such an ideal spokesman, and the rest of us should take note that if Mosquera is writing about it, then this long-overlooked artistic scene is about to have its day." (Dan Cameron, New York)

"With the collaboration of the most important Chilean curators, critics and artists, this book on contemporary art in Chile -organized by curator and globetrotter Gerardo Mosquera- is a welcome contribution. I believe that this publication offers the international public an up-to-date vision of the forces and frictions at work on the artistic and intellectual scene in Chile. Due to the deformations effected by the jet set and their trendy circuits, this scene has been unfairly neglected and is, therefore, largely unknown." (Ivo Mesquita, São Paulo)