Chief Curator, together with Henk Slager 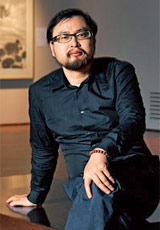