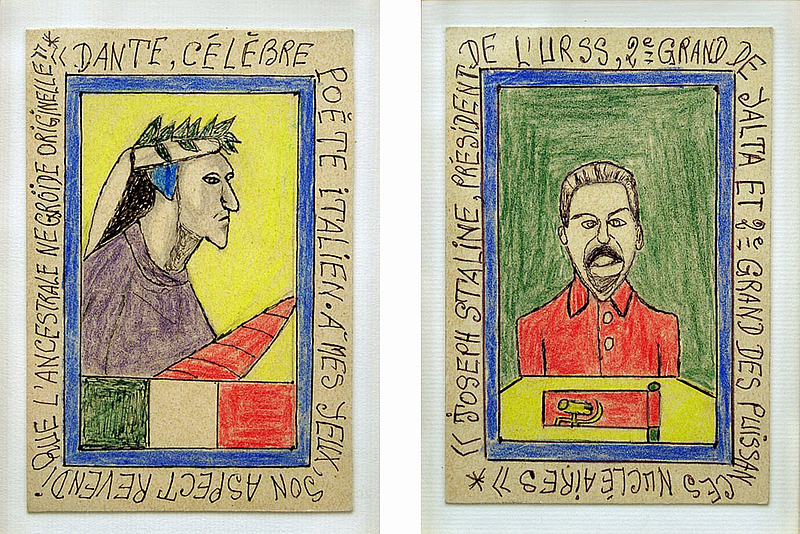 Frédéric Bruly Bouabré took many detours on the way to art. Since the 1940s, he has been working on his idea of the world as a large text connecting everything. His work consists of reading this text, deciphering it, and rewriting it in increasingly large, ever more comprehensive cycles and series covering a continually expanding number of themes. Before almost every graphic series, Bruly Bouabre produces a manuscript in which he investigates the meaning of the various themes, developing theses on the connections between language, signs, and symbols, and between natural phenomena and African ways of life. In over one hundred manuscripts, he formulates an open science of the world, incorporating such diverse subjects as maxims, superstitions, and his own system of color symbols, and the interpretation of clouds and patterns in orange peels and cola nuts. His art relays his understanding of things, exceeding the sphere of ethnography and attempting to unite histories, myths, religion, linguistics, and an extravagant curiosity in the visual diversity of the world in one comprehensive epistemological work.
(From the documenta 11 Short Guide)