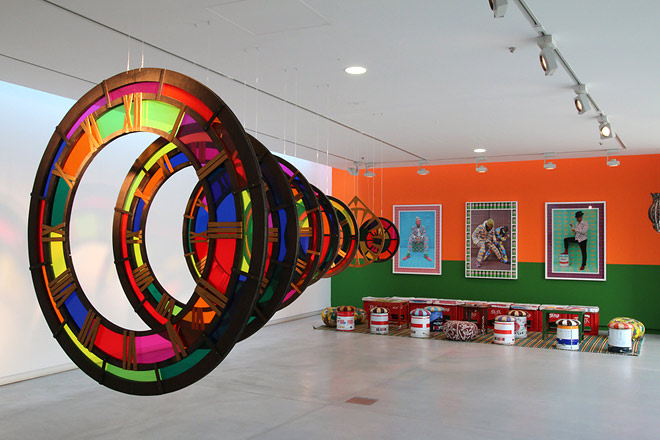 Chaos into Clarity:
Re-Possessing a Funktioning Utopia
Kuratorialer Text von Shannon Ayers Holden
Bobby: What you gonna play now?
James: Bobby, I don’t know, but what’s it ever I play, it's got to be funky!
James Brown, Godfather of Soul [1]

Anmerkungen:
Rickey Vincent, Introduction To Funk: the Music, the People, and the Rhythm of The One, St. Martin’s Press