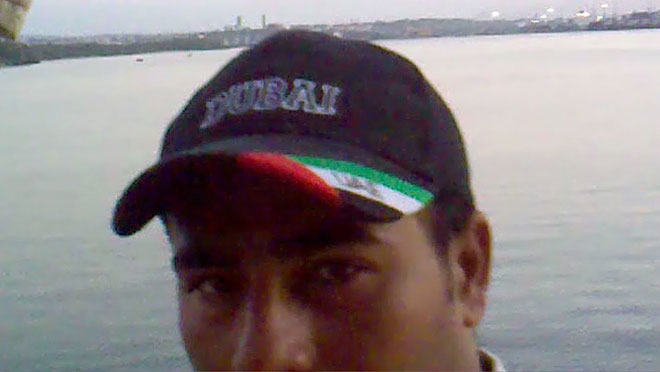 The economic crisis which hit Dubai and the UAE in 2008-09 was a story told in different ways: the desertion of construction cranes from the most-craned sky in the world, the numbers of migrant workers leaving, including a large exodus of Malayalis back to Kerala, and a long-legged rumour that fleeing expats were leaving expensive cars and credit cards behind in Dubai airport's parking lot.

But around the same time, in early 2009, one could see another side of economic activity in the UAE bustling (especially Sharjah and Dubai) some said up by 50%, at the traditional city-centers: the creek trade. A trade servicing "local" markets in Somalia and Iran. Perhaps this activity was related to certain goods in warehouses: daily commodities, used cars, clothes or construction material that were not moving otherwise. Or to the fact that established hawala networks of credit had their own temporality, or that forms of credit here were related to goats and not derivatives.

Many of the Gujarati Indian sailors we met on the creeks in 2009 are descended from seafaring communities stretching back hundreds of years. In the past few decades, erstwhile sailors began to own their boats, and boat ownership shifted from dominantly Hindu trader communities, to Muslim sailor ones. These sailors described a relationship with Dubai and Sharjah that is longer and more colorful that the land-based history of expatriate labor and construction booms in the UAE.  It included riding the monsoon winds to Zanzibar, ferrying dates from Basra during and after wars in Iraq, becoming a medium for India's "pirate modernity" of smuggled electronics and daily goods, and today, passing through Somali piracy on a daily basis.

If, as the regional historical and colonial record makes very clear, the question of who is a pirate and who isn't is largely a matter of perspective, something similar could be said for trade. From the point of view of Somalia and southern Iran, these boats are a primary bulk supply chain, both in and out. In India these are "country craft" that operate out of the country, and refuse to die out. In the UAE, a foundational 100-year old "free trade" system today that is bracketed by sanctions on the one hand and piracy on the other, produces a peculiar site for struggles of perception and history that are key to what is often explained away as "trade". The boats themselves are wooden monsters with twin engines and fat curves that clearly strain the word "dhow". It is difficult to sustain a claim to their formal continuity with wooden sailing ships in the Arab and Indian past. These are ocean-going vessels that in effect produced their own freedoms of movement. A boat and crew assembled in western India can trade between Karachi, Salalah in Oman and Bosaaso in northern Somalia one year, and between Mundra, Dubai and Mombasa the next. No road map or network diagram captures these possibilities entirely. The boats instead gave us a sense that every boat entering or leaving Gujarat, changes a little bit the historical space we know as the western Indian Ocean.

The first instantiation of our project happened at the Sharjah Biennial in 2009. It took the form of a radio event on the port, broadcasting from the creek in Hindustani (the common language on the port) and in song. And as a second part, a book (Wharfage, 2009) that used customs records to describe in otherwise-impossible detail, the trade between Sharjah creek and various Somali ports that year. Since then, new friends who were sailors on these routes would call us with bits of news; encounters with pirates and NATO, weddings and separations in families, storms off Oman, and in general life on board a boat. We also began to collect a particularly ephemeral form of records of these journeys: cellphone videos that often did not survive a sailing year, because they were easily deleted or lost. And which did not make it to YouTube, because they circulated in a bluetooth economy fueled largely by face to face and boat to boat meetings. For CAMP, multiple visits to Gujarat, and then to other UAE ports and northern Somalia, followed. In 2010 we gave DV cameras to sailors who were interested in filming what could be described as the opposite of the imperial "view from the boat". Such collected material is the basis for the film being shown in the Aue Park as part of Documenta 13. The songs heard in the film were all found, married to cellphone videos and used in sync. The film is a journey without voiceovers, from Gulf to Gulf to Gulf: from Kutch to the UAE, to Somali ports, to Aden in Yemen and Salalah in Oman, and back to Gujarat in the monsoons. This is an installation version of a feature-length film CAMP is working on that will be done early next year.

The title of our Documenta exhibition refers to a thought-move from Marxian "modes of production" to other modes of producing, encountering, carrying and feeling, that we think the boats make possible. How might one be able to separate all the interlocking worlds and different tones of economics, religious life, fascinations, brutalities and creativity that are present here?  A boat being built in towns such as Jam Salaya, gathers a social environment that has very little do to with the world economy. Boats are sometimes built for pride, or without reason. For Bruno Latour's ongoing philosophical project, the so-called Modes of Existence, modes are incommensurable zones of human activity: religious, legal, and organizational for example, that are driven by their own logics and are joined to each other only by fragile and shifting moves of relation or "diplomacy". We could see such diplomacies at work in the production of multiple capacities on a boat: in carrying cars or coals, or in the kinds of hospitality involved in cohabiting with livestock and sometimes pirates. We could sense a different mode in times of repair and rest, like in the monsoon. The "boat-modes" in the photo-installation part of the exhibition, suggests this modal character of its elements, and has images from a forthcoming book CAMP is doing with scholars and enthusiasts of the Indian Ocean and its littorals. The book will be published in early 2013.

So what could all this mean, on land, and in the near future? One way to look at it is through the lens of nostalgia in both Gujarat and the UAE, around maritime matters. Nostalgia means that history stops at a certain point, and then is continuously looped. In Abu Dhabi, this means a Tadao-Ando-designed dhow museum on Saadiyat Island that will have a large model dhow as its center-piece, floating on a glass "sea". In Sharjah, there are plans to remove the boats from the creek entirely, send them to the walled "free port" of Hamriya, and turn the creek into a promenade with cafes adjoining a heritage district built from undersea coral, in the "traditional" way. You might already see a dhow-shaped model abra (small passenger boat) parked ominously on the creek. In Dubai on the other hand, perhaps the influence of Iran has meant that the profitable creek is actually undergoing an uplift, or "modernization for the 21st century".

In Gujarat in 2010, a world conference on "Gujarat and the Sea" held in Mandvi effectively ignored ships and sailors operating a stone's throw away. It was able to do this by inserting representatives of the vahanvati (seafaring) community, who repeated familiar and well-worn stories of Gujarati maritime glory and adventure, often with a Hindu twist, to the audience. The sailors we know in Gujarat suffer the least from this kind of organized nostalgia. Their thinking about the future is always laced with the possibility of a demise of this way of life. But then, as one sailor joked, they will spend more time with their wives. Or, as others have already done, they will run the abras in Sharjah that displaced their activity before. On the creeks in Gujarat, large boats lie in different stages of decay, repair, and optimism.  They radiate promises and memories beyond their current economic or symbolic value. Their actual physical lifespans are unknown, as they are always being painted, repaired, or extended.  In the studio at CAMP, we are also surrounded by them, in data dumps and voice recordings and ship models and hundreds of video clips that are slowly gathering into further shapes.