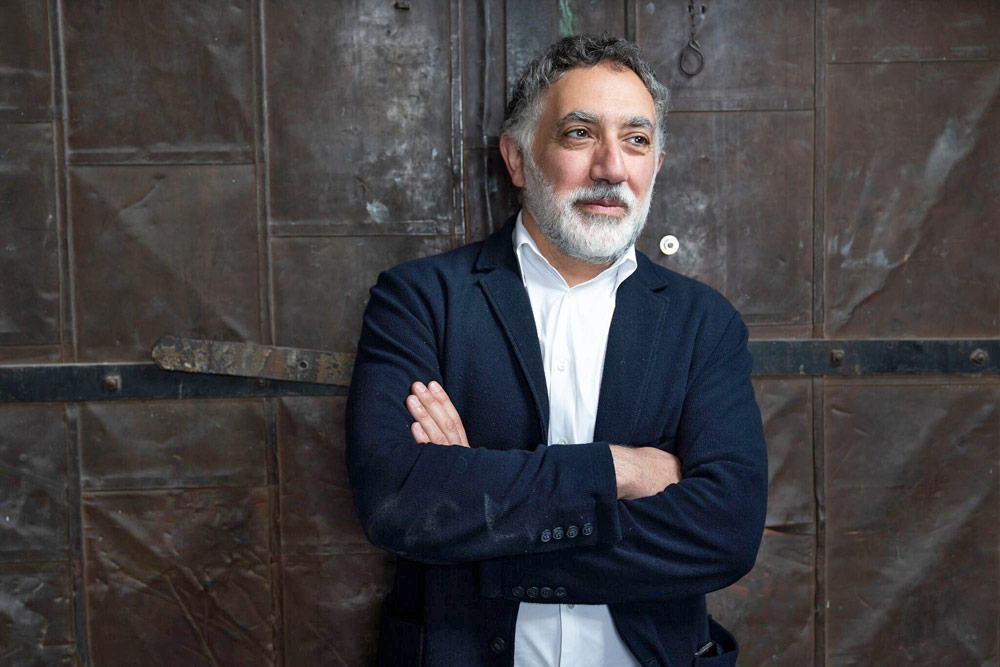 Hashim Sarkis is an architect, educator, and scholar. He is principal of Hashim Sarkis Studios (HSS), established in 1998 with offices in Boston and Beirut. He is also the Dean of the School of Architecture and Planning at the Massachusetts Institute of Technology (MIT) since 2015.

Before joining MIT, Sarkis was the Aga Khan Professor of Landscape Architecture and Urbanism at Harvard University. He has also taught at the Rhode Island School of Design, Yale University, the American University of Beirut, and the Metropolis Program in Barcelona.

The architectural and urban projects of HSS include affordable housing, houses, parks, institutional buildings, urban design, and town planning. HSS has received several awards for its projects in Lebanon, including for the Housing of the Fishermen of Tyre, Byblos Town Hall, and the Courtower Houses, on the coast of Aamchit. The firm’s work has been exhibited around the world, including at the Pavilion of the United States at the Biennale Architettura 2014 and the Pavilion of Albania at the Biennale Architettura 2010, at the Museum of Modern Art in New York and at the International Architecture Biennale Rotterdam, the Bi-City Biennale of Urbanism/Architecture of Shenzhen/Hong Kong, and the Bienal de Arquitectura y Urbanismo in Valparaíso. The work has also been published extensively, most recently in a monograph by NESS.docs (New York, Barcelona: Actar, 2017).

Sarkis was member of the international jury of the Biennale Architettura 2016.

Sarkis earned a Bachelor of Architecture and a Bachelor of Fine Arts from the Rhode Island School of Design, and a Master of Architecture and a PhD in Architecture from Harvard University. He is the author and editor of several books and articles on modern architecture history and theory, including Josep Lluis Sert, The Architect of Urban Design (New Haven, CT: Yale University Press, 2008); Circa 1958, Lebanon in the Projects and Plans of Constantinos Doxiadis (Beirut: Dar Annahar, 2003); and Le Corbusier's Venice Hospital (Munich: Prestel, 2001).