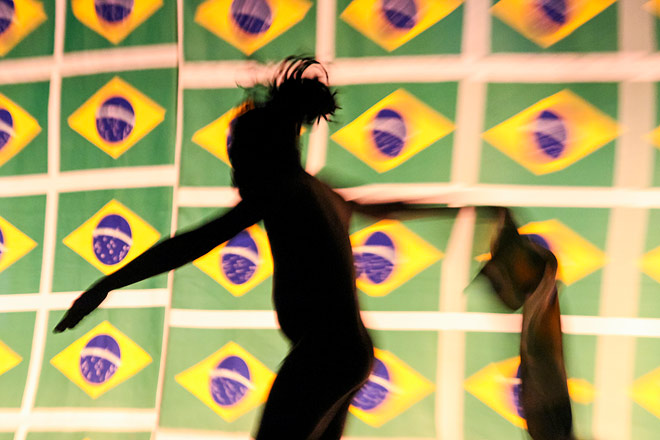 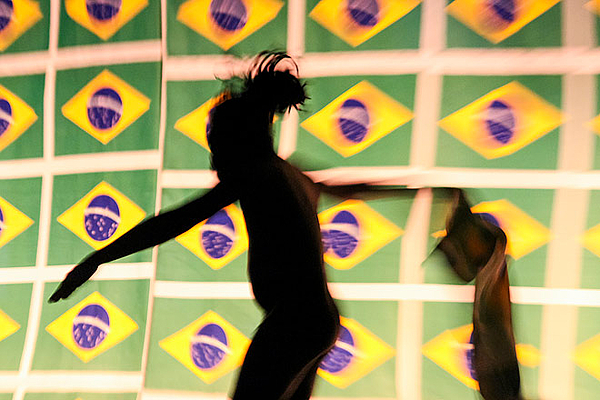 O samba do crioulo doido, 2013
Video, 19’41”. Grabación de performance
Director de grabación: Marco del Fiol
Racial discrimination and its impact upon the black body are at the core of this performance piece by dancer Luiz de Abreu. Working with elements indefectibly associated with black Brazilians —samba, Carnival, eroticism— and with references to the white Nation, the artist creates images that speak of racism, of transgression as a form of resistance, and of the importance of the body in the construction of identity. Through the power of performance, and employing irony and mockery, he looks to return to the body-object the subject that has been stolen from it, with feelings, beliefs, and singularities. The piece was featured and won a prize at the 18th Contemporary Art Festival Sesc_Videobrasil, in 2013.