MIKI Akiko about the concept of Yokohama Triennale 2017 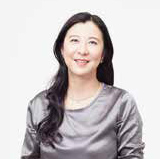