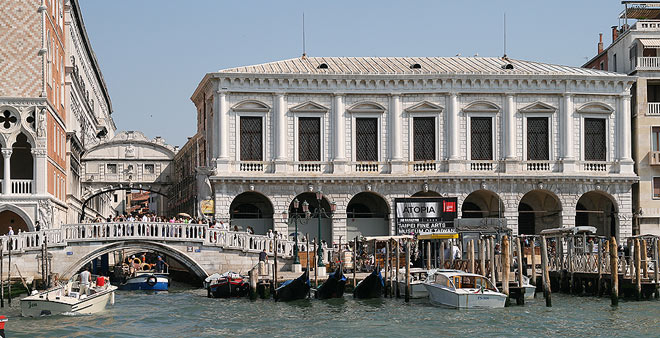 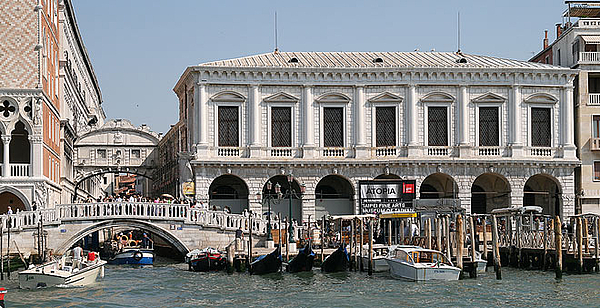 Spanning the Rio di Palazzo between the Prisons and the Doge’s Palace is the legendary Bridge of Sighs, also designed by Antonio Contino, built between 1595 and 1600 in Istrian stone, as was the Palazzo delle Prigioni and the Ponte della Paglia seen on the photo before it. The name ‘Bridge of Sighs’ or ‘Ponte dei Sospiri’, was invented in the nineteenth century, inspired by the sighs of condemned prisoners as they were led through it to the executioner.The Palazzo delle Prigioni is the venue of the exhibitions of the Taipei Fine Arts Museum of Taiwan at the Venice Biennale since 1995.