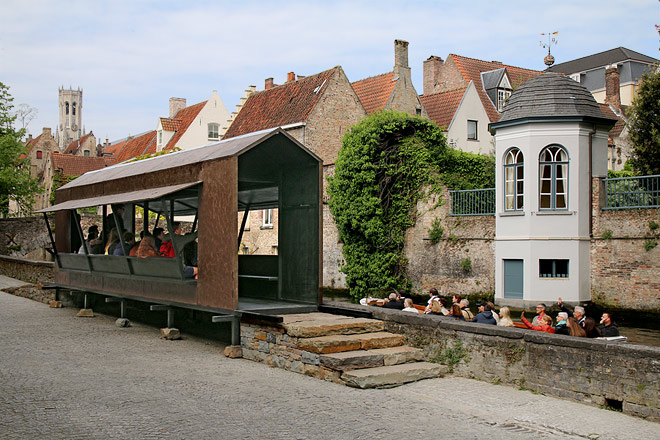 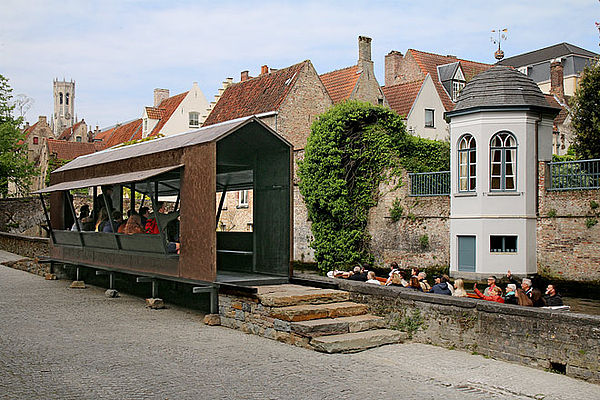 Bridge by the Canal

The Indian architects firm Studio Mumbai designed a much talked about bridge for Bruges in their studios in Mumbai. However, the bridge is simultaneously much more and much less than a bridge. In purely functional terms it would be able to connect two separated parts of the city centre. But here it lies beside the water, on the quay. Waiting to be installed, or not? Hence it acquires a separate, individual function, as an illusion, as an architectural trompe-l'oell.