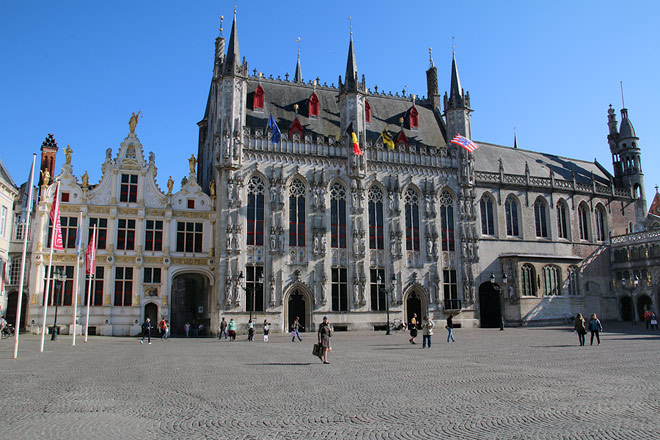 A reflection on real and imaginary urban spaces, the exhibition also engages with Bruges itself: Perhaps a protected, historical city like Bruges is only real to the extent that it preserves a kind of imaginary past.
20 May - 18 October 2015

Congolese Bodys Isek Kingelez has been designing his own fantastical city universe for over thirty years. It is a shamelessly positive and utopian image of the city of the future, in stark contrast to the unchecked, chaotic growth of African cities today. They are giant, colourful, sensual and spirited models. But without residents or vehicles, similar to the way architects often produce scale models for urban developments. His cheery models made from paper, cardboard and disposable materials appear unreal and imaginary yet they are full of references to Kinshasa, the breeding ground for his imagination.

In contrast to this multicoloured work the virtually monochrome cities by the Chinese artist Liu Wei almost appear to be abstractions of cities. His perspective is more critical, not utopian in the least and compels us to reflect. He often constructs his cities on their side. This means that their vertical growth does not consist of separate buildings but of entire cities that rise upwards, seemingly unrestrained. The entire city appears to be a strange, unstoppable being, in which people are totally alienated. His buildings are often constructed from compressed sheets of all kinds of official publications and Chinese school textbooks. It is as though doctrine forms the cornerstones of these new metropolises not concrete. A uniform vision that aims to displace the memory of former cities.

The American Tracey Snelling uses personal experiences as the building blocks for her imaginary cities. It is her own memories, literary accounts and film extracts, in which snapshots of diverse cities, cultures and places are forged to create an imaginary universe. Her world highly cinematic and is often shrouded in the darkness of cinema halls. Her images - advertisements, fiction and memories - appear to be created from a type of collective, archetypal cinematic imagination. And one in which she examines our international visual culture for local visual language. Here she exhibits her Chongqing model that was created during her visit to China.

We return to the unreserved utopian with the Belgian architect-artist Luc Schuiten. To make his imaginary, green future world genuinely habitable he even designs sustainable and ecologically responsible vehicles for it. To also make the Utopia ... feasible.

© Text from the Walking Guide 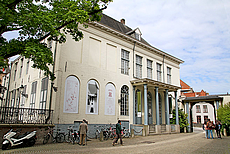 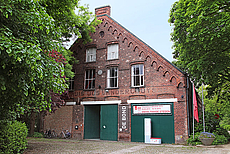 Group show at De Bond Cultural Center: Cities in a state of perpetual motion, poised between a state of ruin and construction mainly in the Middle and Far East.