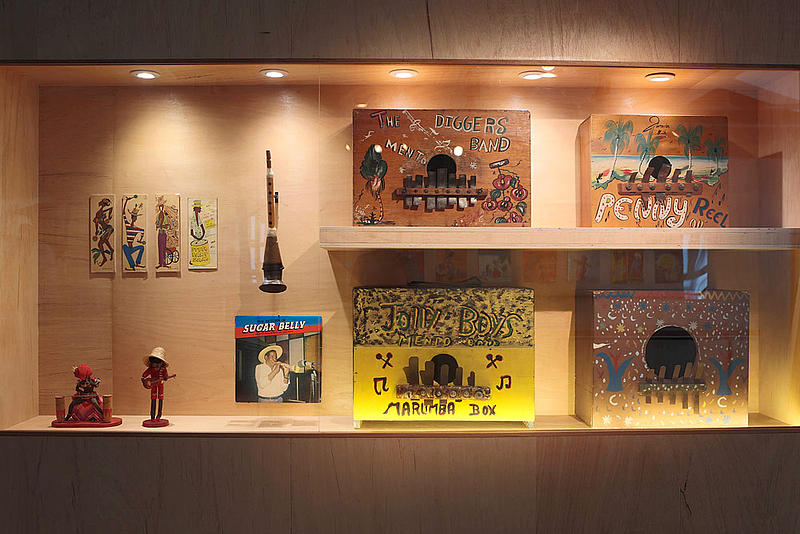 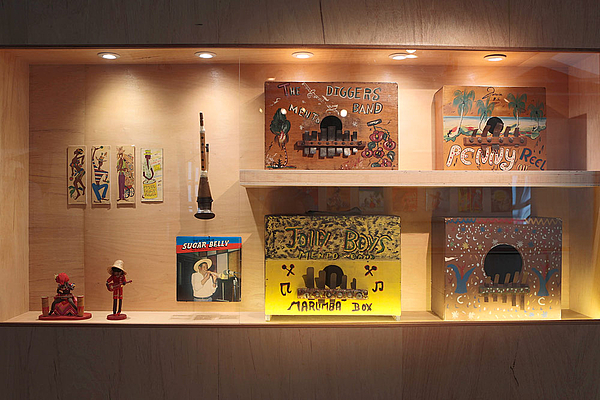 Rumba Box is a wood box with a sound hole, and a number of metal strips attached at one end of the hole. In Jamaica, it is synonymous with "mento," the music that is a precursor to ska and reggae.