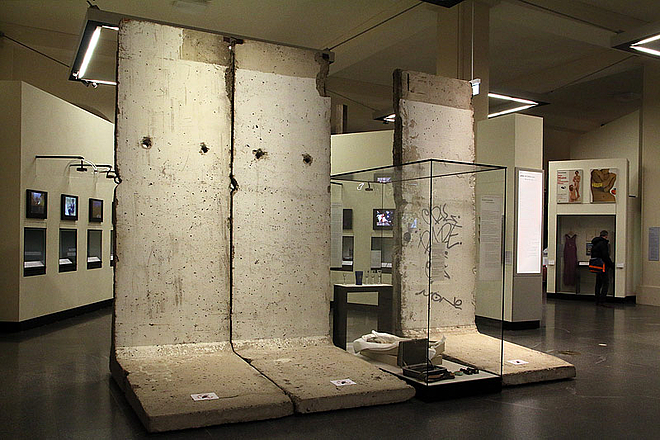 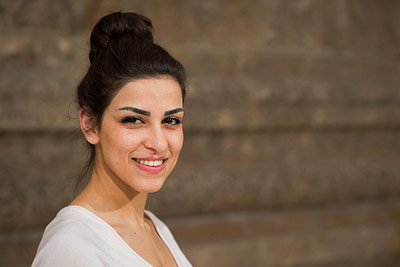 Life in East Germany was much harder, so many people left it as long as this was possible, among them many highly qualified specialists. Because of the resulting economic problems and to solidify its rule, in 1961, the East German government closed the border and had it strictly watched. West Berlin was surrounded by East German territory like an island, and a wall was erected around it as part of the insurmountable border facilities. Many people lost their lives trying to escape.

It’s incredible that the opening of this border happened rather coincidentally. In 1989, as the protests against the East German regime grew ever more intense, the government saw itself forced to compromise and make hesitant reforms. Among them was eased travel, which the government spokesman announced on November 9 at a press conference. When he was asked when this would go into effect, he didn’t know and said: probably immediately. That same evening, people streamed to the border with West Berlin, and since the border guards had no instructions on how to behave in the face of this onslaught, all they could do was open the control points. This was euphorically celebrated on both sides of the Wall.

I see this as a great example of how the power of the people and its peaceful protest can change the course of history. This is why I so like to show this exhibit to the visitors who come from the war zones of the Middle East with a recent history of dictatorship and popular revolts. They are always astonished that such a thing happened in Germany not even 30 years ago, and I can see their eyes light up with the thought of the effect that the united power of a people can have. With this story, I have the feeling I can give them new hope.

Sandy Albahri
Studied Accounting in Damascus, Syria, before coming to Berlin with part of her family in 2014. She works for the non-profit organisation KIgA e.V. (Kreuzberger Intiative gegen Antisemitismus) that focus on anti-Semitism, past and present; the Israeli-Palestinian conflict; and political Islamism. She is a Multaka guide at the German History Museum for Multaka.