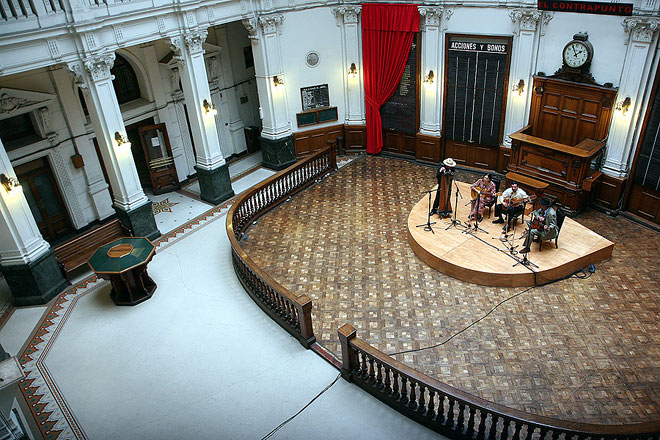 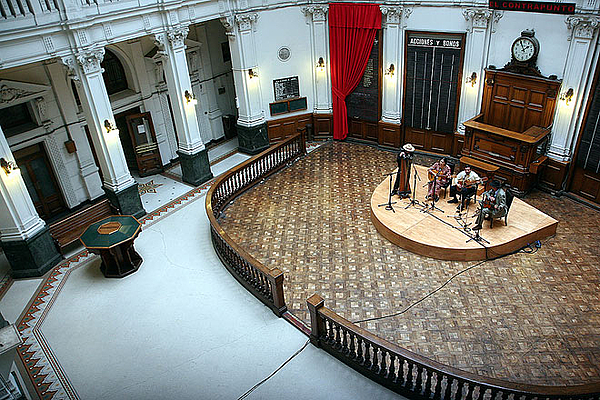 The Counterpoint of Art

Performance in the form of a concert with popular poets and "payadores". Paya is a Latin American folkloric genre. When a paya is sung as a duet it is called "counterpoint" and becomes a duel of questions and answers.

The concert was planned for the 28th of February 2010 at the Old Stock Exchange of Valparaíso, but it was suspended due to the terrible earthquake that had occured the day before. One week later, the artists performed at the same location but with no audience. Their lyrics, instead of referring to the controvery of art, as originally planned, inevitably referred to the earthquake. The concert was broadcasted by radio.