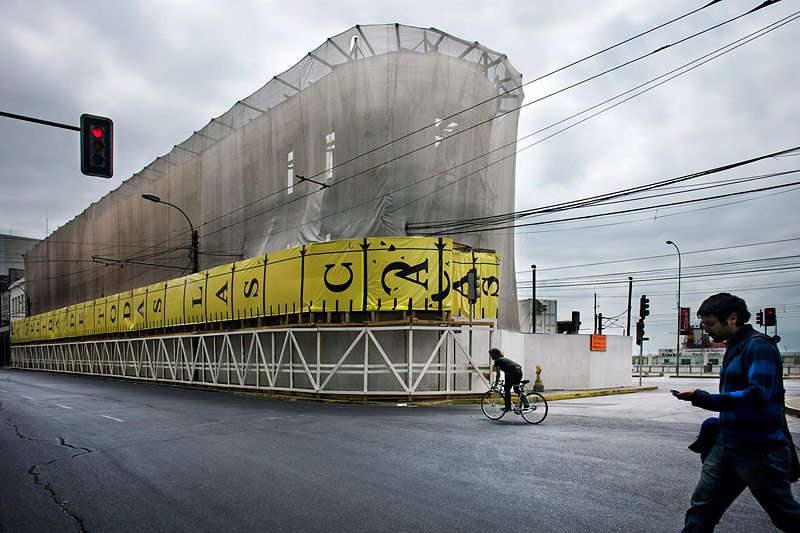 With the spirit of contributing to get back to normality, and in solidarity with Valparaíso and Chile after the earthquake of February 26th, the president of SEACEX, Ms Charo Otegui, met with the participating artists and curators, and decided to continue with the project "as a way of integrating the arts to the recovery process after the terrible tragedy." The venues that haven't been damaged will open to the public up from 8 March.

Originally planned to take place parallel to the Congress of the Spanish Language in Valparaíso, which has been cancelled due to the earthquake in Chile, the artistic project VÄLPARAÍSO: INterVENCIONES brings together artists from Latin America and Spain whose works have a strong relationship with the language and the utilization of words. It is based on the working model of the project Cart[ajena] presented in Cartagena de Indias in Colombia on the occasion of the last congress in 2007, where the artists traveled to the city, stayed there for a while as a group getting acquainted with each other’s work, and with the urban, architectural, social, political, and cultural context, in order to produce new works or adapt earlier ones.

VÄLPARAÍSO: INterVENCIONES emerges from the confluence of three main factors: the artists, selected because language and meaning are important concerns in their work; the city of Valparaíso, offering the cultural and urban context of the artworks; and the Congress of the Spanish Language, providing the thematic framework, although the project is independent from it.

The project's title has two components: the first uses the name of the city, but turning it into a neologism with a subtle orthographic alteration; the second proposes the artistic intervention in the city as an instance of invention. The idea, similar to the project Cart[ajena], is to surprise and irritate someone reading the name of the place. The dieresis on the "a" of Välparaíso creates a strangeness, referring to the poetic license of the 19th century through which a vowel could be extended in its duration within a verse. The phonetic pronunciation, read in an ironic tone, inserts the meaning "Va al paraíso" (Goes to paradise). This makes an interesting connection to the Language Congress. But it is about regarding the city as a language to be deciphered, translated, or interpreted by the artists, considering urban interventions as inventions of different imaginaries of the city.

Most of the interventions are located in the historical center, on an East-West axis parallel to the Bay. The artists have worked mainly on the area that extends from the Naval Museum to the Hall "El Farol" of the University of Valparaíso. Some proposals have been developed on the nearby hills and on other public spaces in the city.

(Press information of the organizers.
© Translation from Spanish: Binder & Haupt)

Examples from the tour: 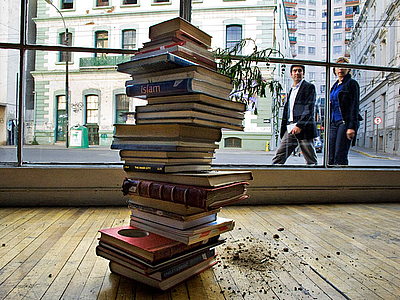 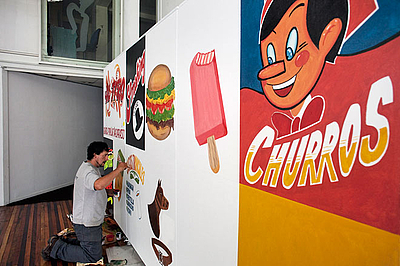 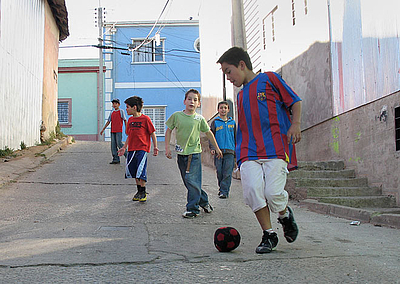 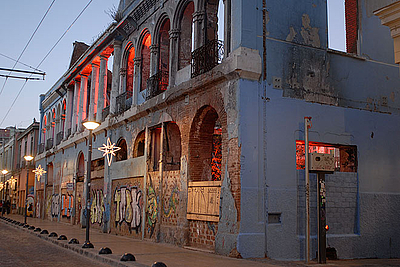 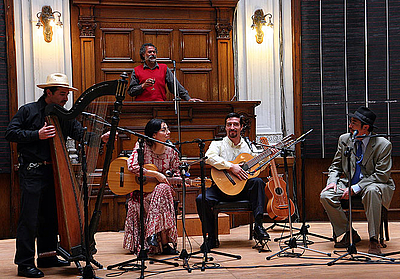