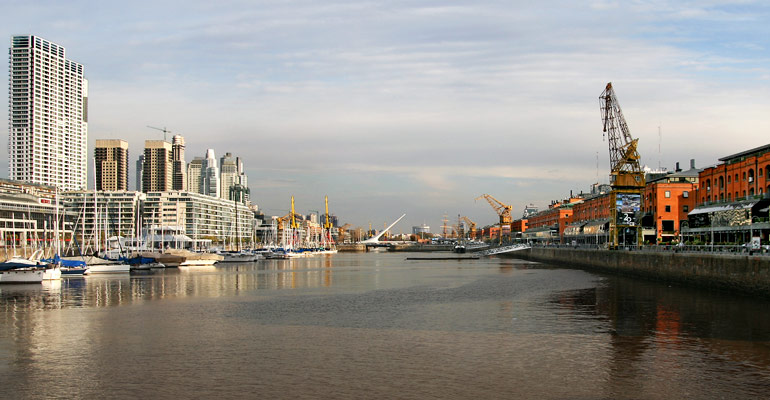 Buenos Aires, September 2010. While in this year of the Bicentenario (celebration of 200 years of Independence) the art of Argentina tours around the world, we have traveled to the city on the Rio de la Plata to get a glimpse of what the art scene normally offers there. Here, we sum up our impressions through a photographic tour, which also includes detailed information on several institutions and exhibitions.

At the Fundación Proa in the old port's neighborhood of La Boca we visited Imán: Nueva York, participating in a guided tour by curator Rodrigo Alonso. Through key artworks, projects and documentary material the exhibition reconstructed the exchanges between the art scenes of Buenos Aires and New York in the 1960s, making visible the transformation of the local art approaches from lyrical to geometric abstraction, and finally to conceptual art.

With a selection of 30 of his most important artworks, the Museo Nacional de Bellas Artes in the "barrio" of Recoleta, honored Palais de Glace, inaugurated in 1911 as an ice skating rink, and converted into an art space in the 1930s, a double exhibition featured the newest of the younger generation with works selected for a Prize for artists and designers.

From there, going up the elegant Plaza Alvear one reaches the Centro Cultural Recoleta (CCR), located in a former convent from the 18th century. From the 15 exhibitions, presented simultaneously in this dynamic center for art and events during our brief stay, we have chosen four to include in our photographic tour.

In August and early September, the 16th edition of theFestival de la Luz took place. The Festival of Light is an international event realized every two years in different places of the country for the promotion of photography and arts in Argentina. Under the titleIdentidades en Tránsito, this year's festival explored aspects of Migration in more than 100 exhibitions. In Buenos Aires we still managed to see and document two of them.

A particularly interesting museum, but one that is rarely mentioned in the regular tourist guides, is the Museo Xul Solar. The former home of Alejandro Xul Solar (1887 - 1963), one of the most singular representatives of the avant-garde in Latin America, was converted into a museum designed as an architectural re-interpretation of his original pictorial space. Jorge Luis Borges considered his friend as perhaps the only cosmopolitan individual he knew, as a real "Weltbürger" (citizen of the world). Thanks to a permission to photograph and the cooperation of the museum's direction, we can present the building and several of the exhibited artworks in detail.

Yet less known, even among the locals, is the Museo Badií in the Belgrano district. It houses the collection of the Fundación Banco Francés of works of Líbero Badií (1916 - 2001), who was born in Italy. He is one of the most exceptional artists of Argentina in the 20th century, particularly because of his sculptures of polychromed wood, but also his drawings and prints, and his numerous artist's books. Luckily with a special permission, we could photograph in this museum as well. We hope that with our tour we can contribute to give more attention to it.

There is an abundance of commercial and non-commercial galleries and small art spaces in Buenos Aires, that can hardly be overviewed in just a couple of days. For this reason we couldn't take them into account in this tour, but they are indeed worth a visit for all interested in art. A good point of departure to get acquainted with this field is the art fair arteBA, whose next edition will take pace from 19 to 23 May 2011.

Pat Binder and Gerhard Haupt
Editors of Universe in Universe

Examples from the tours: 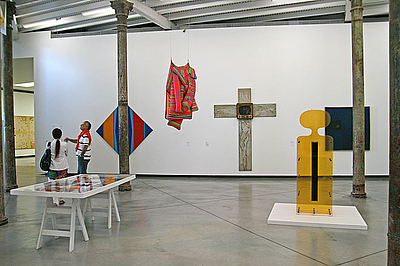 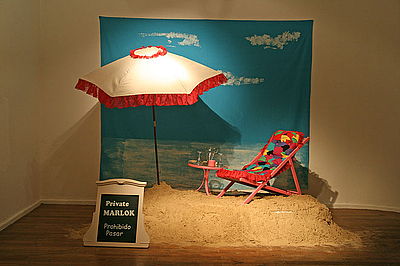 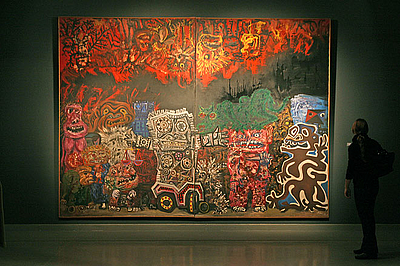 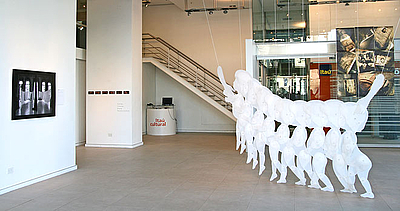 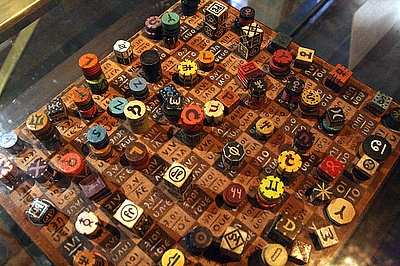 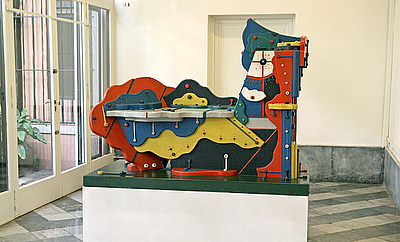 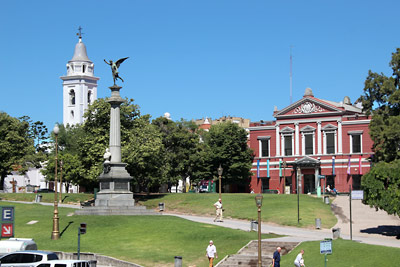