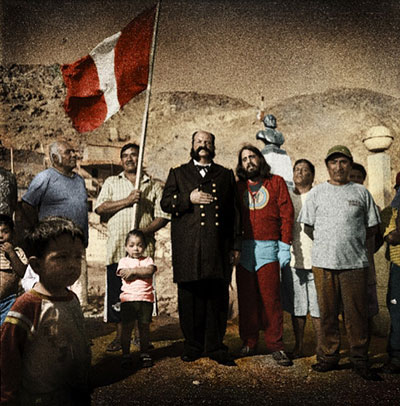 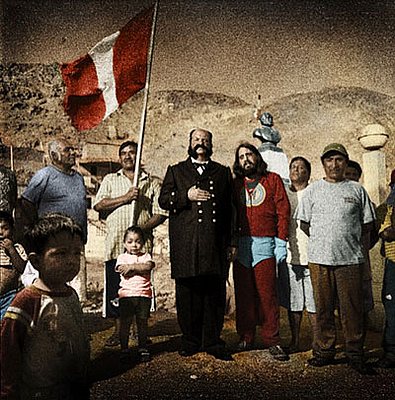 Number 2. 2009
Projection of digital photographs
Fernando Gutiérrez invited a descendant of the legendary admiral Miguel María Grau Seminario to travel 4,000 km from Lima to the South of Chile on an old VW van. On the way, the group visited the Huáscar warship, stuck near Talcahuano, and organized performances at the seaside villages.

Pop Chicha from Peru
Chaos and restoration of the Peruvian identity in the work of Fernando Gutiérrez. By Paz Guevara, January 2011
Performance in Buenos Aires
During the opening, 25 March 2010