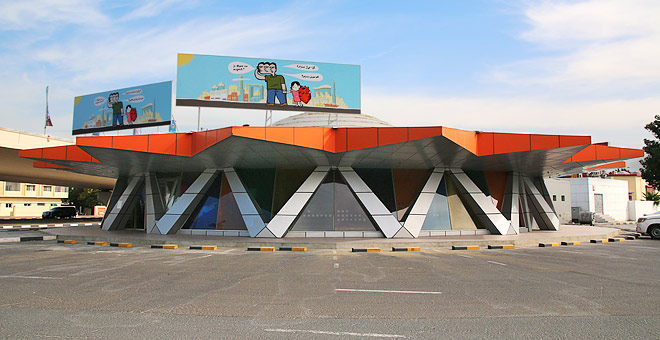 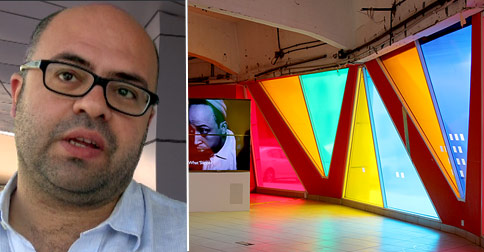 Video: Hassan Khan about this work

Occupying what is commonly known as The Flying Saucer, an eccentric building from the 1970s with a storied past (grocery store, fast-food restaurant) and whose status is now in flux, Hassan Khan examines everyday desires for happiness and the cold banality of the construct of capitalism.

Made in collaboration with Andeel, one of Egypt’s most well-known cartoonists, two billboards punctuate the passerby’s changing perspective and touch on Khan’s fascination with humour as a form of social critique. By introducing colour as a mediator between the internal and external experience of the building as monument, the artist explores the possibility of bridging the street and the structure. Drawing on the architecture of this semidemolished site and underscoring its obsolescence, Khan presents a glass sculpture that combines the sleek and minimal form of a column with a rough, maladroit shape, as well as a new video that echoes the structure of Egyptian comedy. Together the various elements of his works force us to consider the aspirational forms we produce and our intrinsically irregular nature.