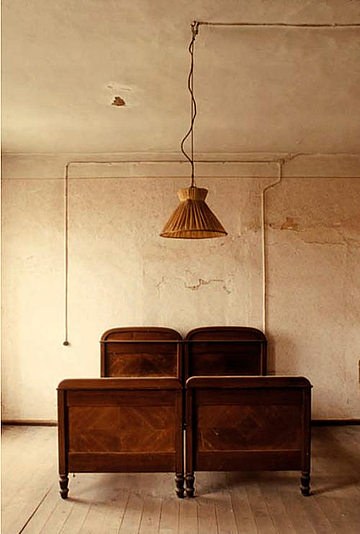 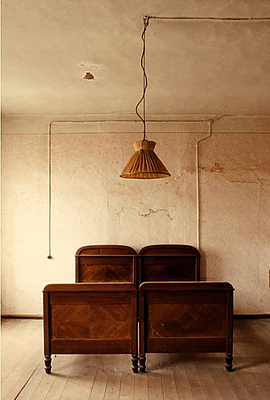 The photograph belongs to the series "Nachlass" (Estate), with which Ulrich Wüst documented the house of an old man in a village in the Uckermark region that was slated for eviction. "In the retreat of the alleged documentarian," writes Matthias Flügge, "the power of the work emerges and at the same time its hermeticism, almost a conspiracy of the elemental memory of the senses: of smells, tastes, the simple instrumentarium of solemnity."