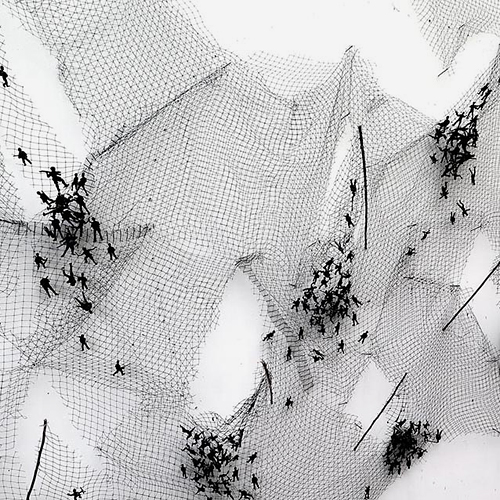 Although the Arab world shares a common linguistic and cultural-historical heritage, it is still characterized by its diversity. Cultural territories other than the Arabic peninsula or North Africa are Arab but ‘other’ because they incorporate different elements that shape a complex identity. Therefore, to belong to this identity is not homogeneous but multiple.

Likewise, the word ‘Arab’ cannot be understood in relation to notions of territory and borders. Living in an Arab country cannot either be a guarantee of that belonging. Nowadays the clear nomadism of identities (migration, displacement, population movements, diasporas ...) hybridizes, multiples and organizes itself in territories.

Rather than speaking of territories in geographic terms, we could speak about ‘territories of identities’. They would be related not only to symbolic places like Mecca, Palestine, or historic sites such as cities of belonging such as Cairo, Damascus, Jerusalem, but also specific territories in Europe or elsewhere like Marseille, London and neighborhoods in other metropolis of the world. These territories of identities contribute to the ongoing construction of an identity in transformation.

More than ever and considering recent history, borders across the Arab world are relevant. Events in recent years have shown how the issue of the land became a repository of identity and a symbol of the exercise of the right to public space. Thus its occupation, appropriation or re-appropriation is critical when public space encapsulates the human relationship to the living space. In return, territories are dependent on the political and social context: they are at the mercy of movements, shifts, fragmentation and dispersion of spaces as well as the individuals; they change and transform themselves, imposing the effects of new contexts and dynamics.

The exhibition Arab Territories focuses on the gaze and approaches of artists discussing territories in the Arab world. Artists shed light on geographical and linguistic aspects, on different paths, perspectives and personal stories. Artists continue today to inhabit the Arab world, linking Art, History and Geography. Through imagining paths, affiliations and life experiences, they map moving borders, and address in multiple ways the questions of representation of human spaces within their artistic practice.

Each year, a city of the Arab world is designated by ALECSO (Arab League Educational, Cultural and Scientific Organization), as the Capital of Arab Culture. The one-year event aims to promote, stimulate meetings, and cross-border exchanges between artists and the people of the Arab region who share a common a culture and heritage.

In addition to highlighting a country, a city and its cultural, artistic and historical wealth, it addresses the diversity of people who live in this region.

The exhibition is part of
Constantine - Capital of Arab Culture 2015