Not drowning, waving: Intersections in the Sulu Sea. The Malaysian photographer's "Sulu Stories" 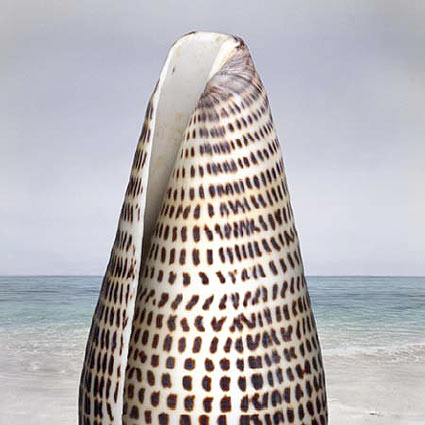 Whilst in the Philippines I was constantly asked, "Where are you from?" "I am from Sabah." I would answer. "Ah, a Filipina" was the common response. I smile but am thinking… troubled waters, dive in the deep end, not drowning, waving...
But I am welcomed with a knowing embrace; we know we are connected; our histories, fate and horizon line is shared…
A Sabahan in the Philippines has no option but to address Sulu. [1]
Yee I-Lann's series of thirteen photographs, "Sulu Stories", is just the beginning. Currently included in Singapore's inaugural biennale, their briny tales of vacant scapes, sea gypsies and constructed memories sang to my own connection with the Filipino archipelago and captured the contemporary idea of dissolving borders. Speaking with I-Lann about "Sulu Stories", it became clear that this is not a suite of photographs solely about Sulu. It is also a story about identity.

Yee I-Lann was born in Kota Kinabalu, Sabah, East Malaysia in 1971 to a New Zealand mother and Sino-Kadazan [2] father. She identifies strongly as being Sabahan. She grew up with stories of Sulu, the land on the opposite shore to her home. They are shared stories of the sea, caught in trade, piracy, Muslim culture and allegory, uniting people and histories across waters stretching to the Philippines. It is a zone of intersections, where British, Spanish and Dutch colonialism abutted; where animism, Islam and Catholicism collide, and where borders remain volatile and in contention to this day. The Sulu region, effectively, presents a metaphor to broader global issues.

I-Lann uses digital manipulation and archival images to construct art works that speak about contemporary politics of identity. How do we fabricate our sense of identity? I asked I-Lann how landscape has shaped who she is, and why it is such a strong element in her "Sulu Stories".

Yee I-Lann: With "Sulu Stories", each picture is a beginning point. By exploring the past we fabricate our understanding of the present. Sabah and the Sulu zone is an archipelago. The horizon is dominant. Borders are watery. Coastlines such as the Bahala Cliffs in Sandakan seen in 'The Archipelago', or Mount Tumatangis in 'Awn Hambuuk Sultan' have for millennia been physical markers for its peoples and traders. I have always been aware of Sulu as an intrinsic part of Sabah history. I am also attracted to the region's history as the sovereignty of Sabah (complicated by British colonial rule), which is currently under contention at The Hague and was a major part of the Konfrontasi [3] with Indonesia and the Philippines in the 60s. [4]

Gina Fairley: Identity and landscape seem to be integrally linked in both your "Sulu Stories" and "Horizon" series.

YI: The "Horizon" series was done at a very specific time, 2003. I was in Sydney doing a residency but my mind was in Malaysia. Mahathir, the only Prime Minister I had known, had announced he was retiring in September that year. Then I went to the [Australian] desert … it is about the absence of stuff; you are conscious of that emptiness. It is the same when you are at sea. You cannot judge distance as the only thing you measure it against is yourself. I wasn't used to looking at the horizon or being confronted by it. In this series, I was looking at the Malaysian political landscape by taking away the monuments – physically and metaphorically. It is essentially about putting the horizon line into Malaysia and recognizing the obstacles that block our vision. I didn't care that it was an Australian horizon - that was not the point. We rarely stretch our minds, our vision to the horizon, or beyond. We're kept safe within fencing, within rhetoric. I showed it two weeks before Mahathir retired; it's an ode to him. That whole metaphor of the horizon continued with "Sulu Stories".

GF: Such observations say a great deal about national and popular identity. How does that evolution emerge in the "Sulu Stories" series? In the work "Barangay" you use the

manunggul burial jar, a national treasure of the Philippines. The image of its boat with two 'spirit-figures' has a very specific history. By appropriating that image, what contemporary reading are you trying to construct in terms of the relationship between Sulu, East Malaysia and Palawan?

YI: I was intrigued by this ancient treasure, The Manunggul Jar, that dates back some 3000 years. It was found on Palawan, the island I visited on the north eastern border of the Sulu zone. Traditionally, the term

barangay was a boat and now

barangay means village. The etymology of the word neatly illustrates the social political geographical landscape and its shifting context. To me those differences are the interesting links that make you understand the

temperament of details, rather than just understanding the facts. It is like the 'six degrees of separation' of how something evolves to be something else.

Growing up conscious of the sea as the 'end point' – that sense of distance, yet feeling of intersection - has a particular resonance in I-Lann's work. We see it in "Borderline", an image divided by pylons demarcating a zone as far as the eye can see; in the foreground a turtle, it presence speaking to the genetic memory of 'place', as she returns to lay her eggs, benign of borders.

I-Lann explains, "I stand on the Malaysian Pulau Selingan off the coast of Sandakan in Sabah. I see two islands in front of me. On the left is Pulau Bakkungan, Philippines, on my right Pulau Bakkungan Kecil, Malaysia. The three islands form a triangle; I am told we are all about 4 kilometers apart. Somewhere between us is a watery formless border but I neither see it nor sense it. We are in a zone not quite Filipino, not quite Malaysian, but very aware of being Sulu. … 'Borderline' explores the idea of an imposed border in a historically borderless zone." [5]

This idea of 'genetic memory' appears in another work from the series, "Map". Captured by the wind, two figures are tethered by stands of hair – a genetic link – that defines a map etched into the skin of a man. Although the man and woman are turned away from each other, reinforcing their disassociation, their 'identities' are connected. The sea and horizon offer the same definition of home – a vacant ambiguous landscape that is central in the image.

These are wonderfully sensitive and lyrical images. I-Lann has captured history's layering while avoiding the rhetoric of politics.

The photo series was the result of a residency - exchange initiative of the Goethe-Institute South-East Asia, artconneXions (2005).