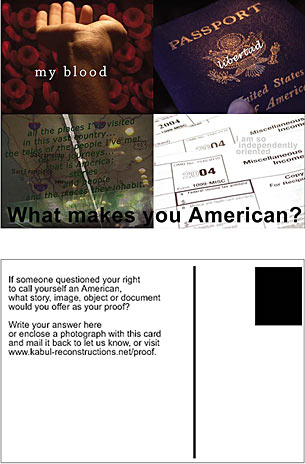 IN/VISIBLE is the first exhibition of contemporary art by first and second generation Americans of Arab heritage. Organized to coincide with the inauguration of the Arab American National Museum, In/Visible expands on the Museum&apos;s mission by presenting art works that shed light on the diversity of contributions by Arab American artists. The exhibition features traditional approaches to art-making as well as works by artists that experiment with new mediums and practices. In/Visible presents fourteen artists engaged in redefining their relationship with the geopolitical environment and the forces that are shaping their world. Their art makes visible the human concerns that are often overshadowed by fleeting ten-second media sound bites on war and conflict in Arab countries and the rest of the world; it also invokes historical metaphors and exposes parallels in the social and economic realities of globalization.

While all participating artists share a common heritage, the themes in their work are distinctly personal, and reflect unique experiences explored in a range of styles from digitally manipulated photographs in family albums, to collaborations with a leading Arab poet, to large abstract paintings inspired by nature. They engage the viewer with humor, allegory, and an introspective meditative style.

Working between the United States and the Arab world, the artists show their work at mainstream art institutions in the US, Europe and in the cultural capitals of Cairo, Beirut, Asilah (Morocco) and Sharjah (UAE). These trans-national artists moving freely across borders animate and enrich the cultural landscape of the US, giving new meaning to multiculturalism and challenging issues of representation and cultural production.

The exhibition is not a survey of art by Arab Americans, but rather a sample of current works by a growing number of Arab American visual artists.

We thank Salwa Mikdadi for providing the material for this presentation.