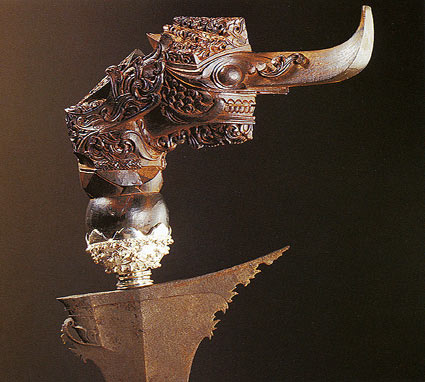 Malay Woodcarving in a Contemporary Context

Tajong = Keris style from Kelantan and Pattani. Originated from representations of the Hindu deity Siva. The elongated "nose" is reminiscent of Wayang Kulit puppets.

The Struggle for the Heart and Soul of Art and Culture in Malaysia. Malay woodcarving in a contemporary context.