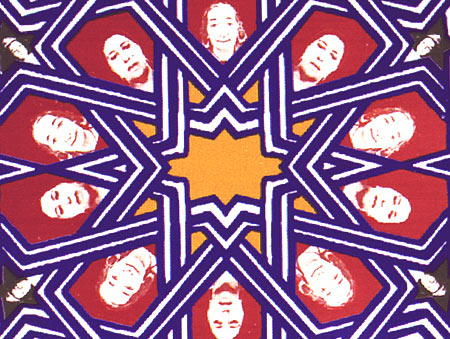 As Salah M. Hassan wrote about the title of the exhibition, "Shatat" in this context means "dispersal" or "scattering" and is the Arab term for Diaspora. The curator is presenting four female artists with Diaspora experience in different parts of the world (see biographical data). In his opinion, their works are translations of cultural differences, which, considering the current debate about the increased "blurring" of geographical and cultural boundaries that has emerged in the course of the globalization process, are particularly relevant. At the core of their work are reflections on the identities of Arab peoples and members of the Arab Diaspora in the West. The work critically examines racism, gender identities, history, and contemporary political conflicts. They tackle the question of what it means to be an Arab in Germany, Switzerland, Great Britain, or the USA.

Susan Hefuna
Born 1962 as child of German-Egyptian parents in Germany; lives there.

Zineb Sedira
Born 1963 in Paris as child of Algerian parents. Lives in London.