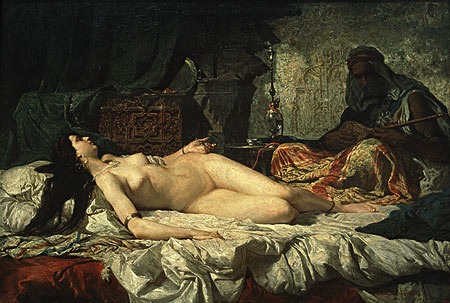 The Moroccan writer and sociologist Fatema Mernissi developed the concept of the exhibition and heads the entire project. She was born 1940 in Fez and grew up in a harem herself. She has published her personal experience, observations, reflections, and cultural historical studies on the theme in several books, amongst them: "Scheherazade Goes West: Different Cultures, Different Harems" (Washington Square Press, 2001).

The exhibition closes with “new Scheherazades” – works by contemporary female artists from the Near East and northern Africa, or the Diaspora in the West, whose concern is with the traditional attitude towards women in their respective countries of origin: