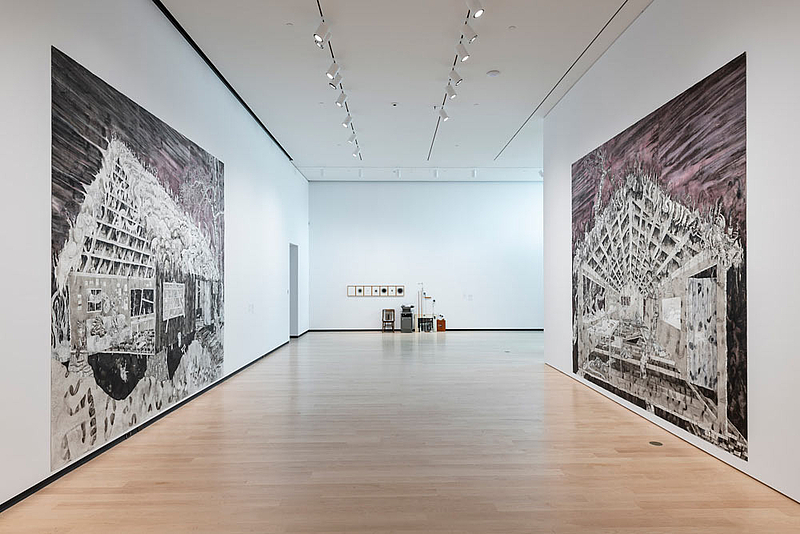 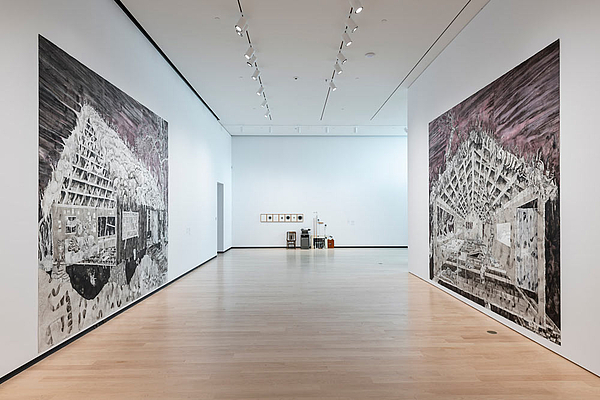 The Who’s Haunts, 2018
The work is a monumental diptych that immerses the viewer in two barracks depicted on a human scale. Its mixed media incorporate India ink, graphite, watercolor, and liquid pigment, splashed, rubbed, dripped, or dribbled on one by one, meticulously and linearly.