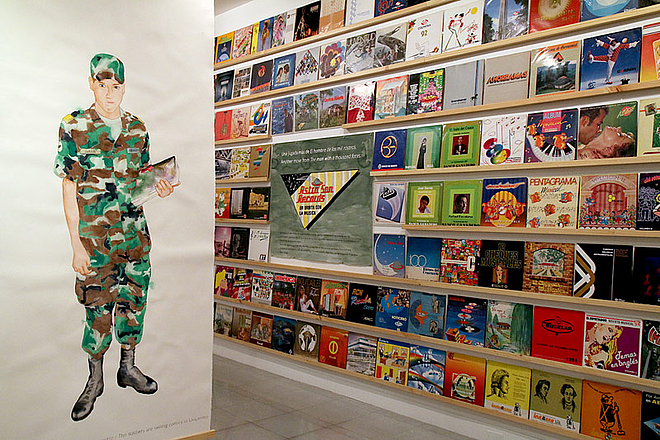 Installation with album covers from Colombia