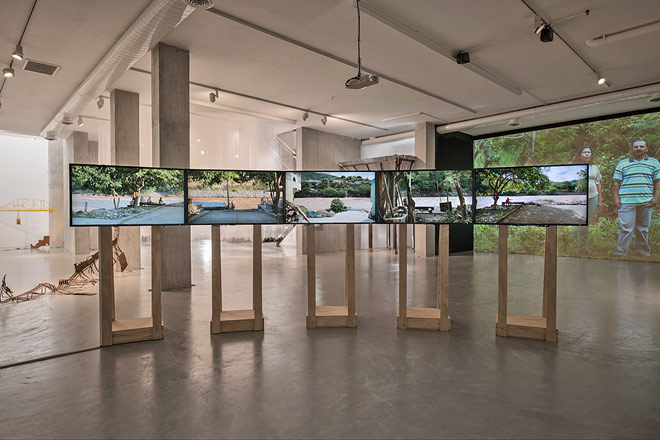 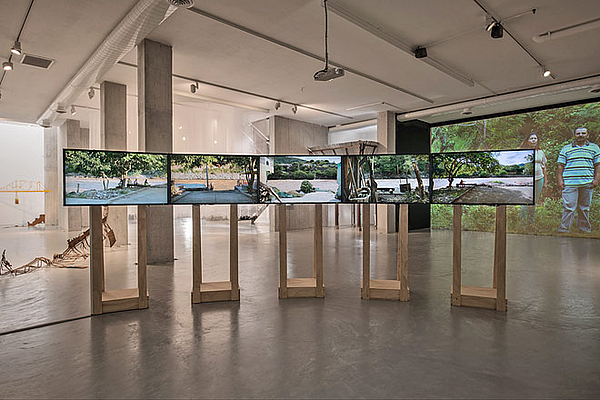 El agua que tocas es la última que ha pasado y la primera que viene (The water that you touch is the last of what has passed and the first of that which comes). 2013
Multi-channel video installation.
Nicolás Consuegra conceived his video installation as a contemporary version of the panorama—a pre-cinematic device designed to provide an expansive view of a given landscape. In his work, vignettes taken in different places and times of day in the town of Honda—once the main port on the Magdalena River and currently a downtrodden community where poverty, unemployment, and environmental deterioration prevail—are connected by an impassive river that is indifferent to the miseries it links. This epic tale of one of the most historically important rivers in Colombia is recounted through mute images of idleness and despair.