The Second and a Half Dimension - An Expedition to the Photographic Plateau. Installation about the explorations of Daniel Ruzo on the Marcahuasi plateau in Peru. 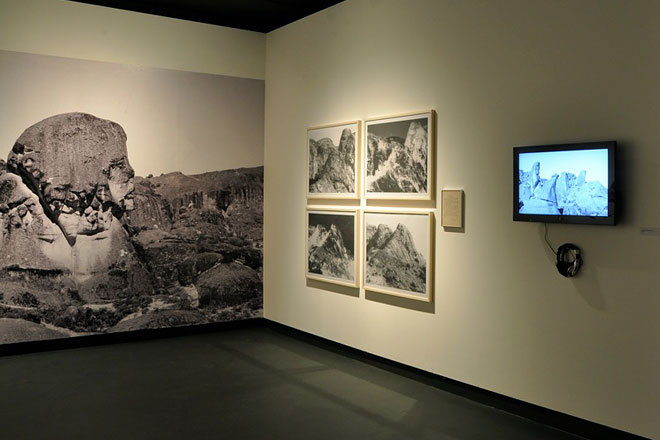 In his installation, François Bucher follows the explorations of Daniel Ruzo on the Marcahuasi plateau in Peru. In the 1950s the Peruvian cryptologist and anthropologist discovered an ancient park of stone monuments on this Andean plateau, which he dated to around 10,000 years ago. The huge blocks of natural rock sculpted in a distinctive technique display their anthropomorphic, zoomorphic and mythological shapes only when the rays of the sun shine on them at specific times and seasons of the year. Bucher recorded the account of custodian Severiano Olivares during a visit to the plateau. The installation has been shown in 2012 at the House of World Cultures (HKW) in Berlin, Germany. Part of it is currently on view in the Pavilion of the Istituto Italo-Latinoamericano (IILA) at the 55th International Art Exhibition of the Venice Biennale 2013.

Shown in 2012 at the House of World Cultures (HKW) in Berlin, Germany.

Part of it is on view in the Pavilion of the Istituto Italo-Latinoamericano (IILA) at the 55th International Art Exhibition of the Venice Biennale, 1 June - 24 November 2013 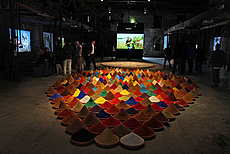