Projects that deal with language by 16 artists from Latin America and Spain in Cartagena de Indias, Colombia. 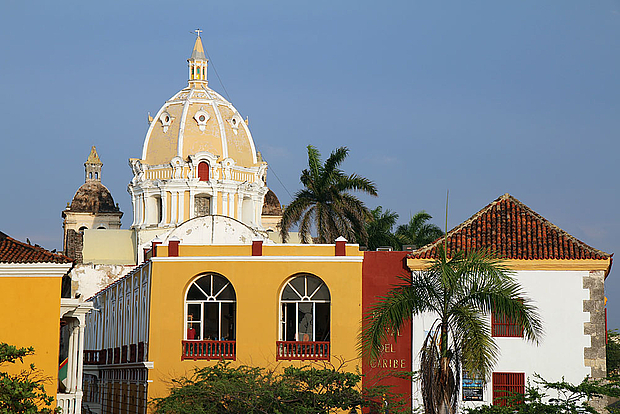 Cart[ajena] - Special ►
All the artists and their projects, venues - city map, organizers, photos of Cartagena, etc.

Cartagena de Indias, a colonial city on the Caribbean coast of Colombia, hosted the IV International Spanish Language Congress from 26 to 29 March 2007. In the course of the conference, exceptional homage has been paid to literature Nobel Prize winner Gabriel García Márquez celebrating his 80th birthday and 40th anniversary of publishing "One Hundred Years of Solitude."

Concurrent with the Congress, the State Corporation for Spanish Cultural Action Abroad (SEACEX) launched the art project Cart[ajena]. It has been organized in collaboration with further Spanish and Colombian institutions. Cart[ajena] brought visual artists from Spain and Latin America together, whose works deal with language. The title is a wordplay consisting of Cartagena and the female form of the adjective ajeno (from the Latin alienus = alien), pronounced exactly like the second part of the city's name.

According to the curators Jorge Díez (Spain) and José Roca (Colombia): "The word is here both meeting point, and instance to explore the communicative possibilities and limits of language from the contemporary perspective of the visual arts. In addition to the exhibitions taking place at different venues and heritage buildings in Cartagena, the city itself is protagonist of many of the artworks: fences, billboards, sounds, performances, and urban interventions in the public space of the city will generate new pathways for debate and communication."

"The participating artists have dealt with the local context to produce artworks which refer to issues like the specific cultural values associated with language; the modisms and local color; the possibilities and limits of communication; the misunderstanding as creative resource; the limits of legibility; the language as creator of community; the dangers and vicissitudes of translation, among many others."

16 artists from Latin America and Spain