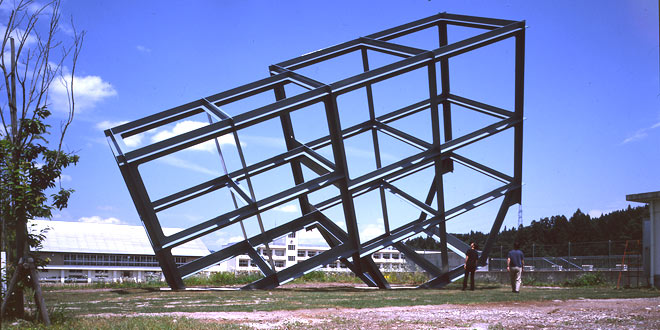 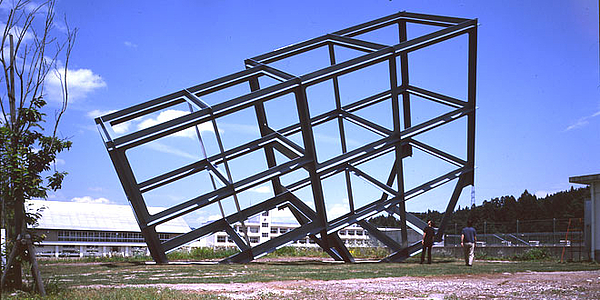 The artist moved a full-scale model of the frame of his house in London to Tsumari, placing it there to maintain the same angle with respect to the earth. The frame, thus rotated to stand almost on its head, makes one aware of the distance between London and Tsumari. The frame is placed in front of Nakasato Junior High School, where it contrasts with torii (sacred gate to a shrine).