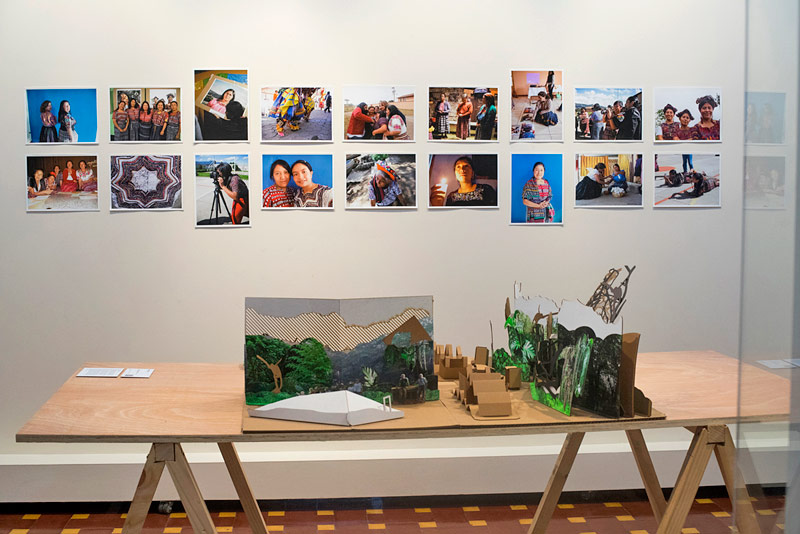 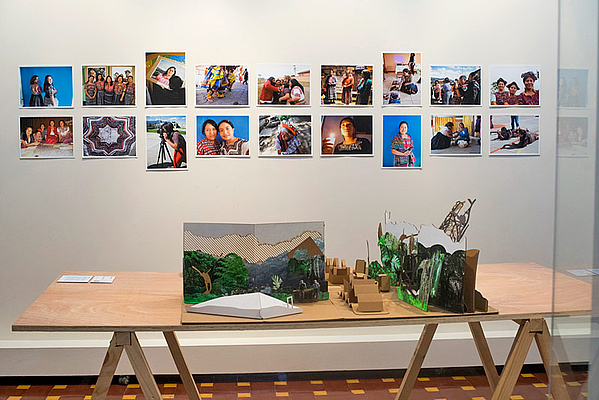 At the beginning of the 1980s, in the context of the civil war in Guatemala, and the destruction of indigenous villages in the whole territory, the army of Guatemala implemented a program of construction of "Model Villages" as a strategy to withdraw civilian support to the guerrilla. These villages had also the function of human shields. Based on the oral testimony of an inhabitant of such a village, the artist materializes this hidden history in a pop-up book.

For the collective of indigenous researchers and photographers from Totonicapán, the fight for sovereignty of the communal territories and against mining, Hydro electric and cement projects, is at the basis of their political reading of the güipil, the indigenous dress folklorized by the state.