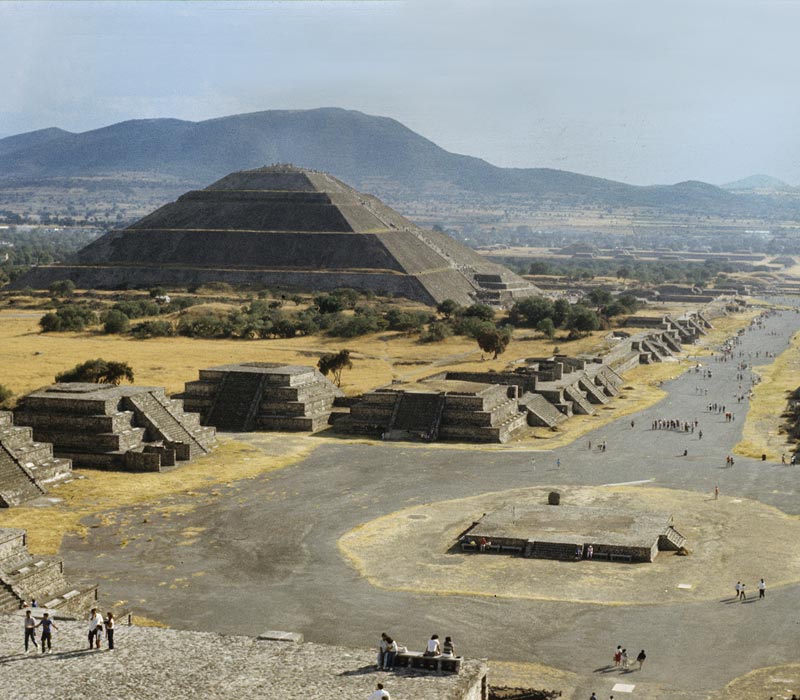 Teotihuacán is one of the world's most impressive archaeological sites. The pyramid city, inhabited between 100 B.C. and 650 A.D., is located in a wide valley in Central Mexico on a height of aprox. 2,300 m, hence almost on the same level as the Mexican capital, which is only 50 km far. Even though Teotihuacán has been explored scientifically since more than a century, 95% of the ruins haven't been excavated yet.

Until its mysterious end in the 7th century, which was accompanied by a devastating fire, Teotihuacán was a powerful political, military, economic and cultural centre that influenced the whole of Mesoamerica. In its heyday, more than 150,000 inhabitants lived thereon an area of 20 square kilometres, so that the city was one of the largest metropolis of the world in that era.

It is still not known, who were the inhabitants of Teotihuacán, and not even its original name is known. When the Aztecs arrived on the Mexican Central Plateau in the first half of the 14th century, coming from the North, and discovered the abandoned ruins of the city, they connected it with their own creation myth, and gave it the name of Teotihuacán – "place where gods were born". Also, the denominations of the Pyramids of the Sun and Moon as well as the "Avenue of the Dead", can be traced back to the Aztecs.

At the beginning of the 2nd century A.D. an overall concept for the urban planning of Teotihuacán was realised. With its unique chessboard layout the city was the unequivocal manifestation of a centralized rule. The main axis running from north to south, with a deviation to the East of 15.5 degrees, is the "Avenue of the Dead", which begins at the Pyramid of the Moon and leads past the Pyramid of the Sun.

Teotihuacán was laid out along wide avenues and had efficiently functioning drainage and water-supply systems. The pyramids, temples and palaces were coated with stucco and decorated with murals in brilliant colours. There were public buildings, administrative quarters, and various residential areas. Teotihuacán was a cosmopolitan city that accommodated a considerable number of outsiders. People from the Maya, Oaxaca and Gulf Coast areas lived in separate districts of the city. Although they were living far from their homelands, they often retained many elements of the own culture.

The main pyramids are the 63-metre-high Pyramid of the Sun, with a lateral length of 225 metres, and the 48-metre-high Pyramid of the Moon at the northern end of the two kilometre-long Avenue of the Dead. The southern end of the ensemble, of which only a fraction has been excavated and studied, is dominated by what the Spaniards called the "Citadel", containing the Temple of Quetzalcoatl, the Feathered Serpent, and the Rain God, Tlaloc, which is decorated with 365 sculptured heads of these divinities.

The names of the gods that were worshipped in Teotihuacán are not known. There is definite agreement, however, about their iconography. The same deities can be found again with the Aztecs. The gods of Teotihuacán can therefore be equated with the Aztec gods and are called by the same names: Tlaloc was the Storm God, the god of rain and fertility. But he also embodies the destructive power of rain and water in the form of thunderstorms and floods. Quetzalcoatl is the rattlesnake with the feathers of the quetzal bird. The Feathered Serpent was responsible for the fertility of the earth and for life itself. Tlaloc and Quetzalcoatl are among the most important deities in Teotihuacán. Huehueteotl, the Old God, who was responsible for fire and was worshipped primarily in the private sphere. He was the patron saint of house and hearth. Huehueteotl is represented sitting cross-legged, with a wrinkled face and a brazier or coal pan on his head.

Little is known about the form of government that existed in Teotihuacán. It can be assumed, however, that at the beginning of the 2nd century at the latest – when the overall urban planning was realized in Teotihuacán – the fate of the city lay in the hands of an individual leader. The seat of government was most likely located at different places: in the monumental Xalla building compound located to the north of the Pyramid of the Sun and in the living quarters of the Citadel flanking the Pyramid of the Feathered Serpent. In the 4th century a radical change must have come about: the huge sculpted serpent’s heads of the Quetzalcoatl Pyramid were smashed and a large platform was erected on one side. After this act of destruction the subsequent rulers built their seat of government right above the "Avenue of the Dead".

Even today we still do not know any of the names of the Teotihuacán rulers, and we do not possess any inscriptions that would give testimony to their achievements. This contrasts sharply with the concomitant Maya civilization, the dynastic history of which is well-known: they erected steles with inscriptions that glorified their rule and recorded the important events of their lives on them.

The enormous wealth of Teotihuacán was based largely on the monopoly they had on the trade of obsidian, a coarse green glass occurring in volcanic rock. The most important deposit of obsidian in Mesoamerica is found near the city. Ceramics were also highly prized export goods, particularly the splendidly decorated, cylindrical tripod vessels. With the help of its extensive trading network and monopoly on long-distance trade, its political contacts, but also its military invasions, Teotihuacán was able to extend its sphere of influence beyond the Altiplano, the central highland, and deep into areas throughout Mesoamerica.

Teotihuacán’s influence is mirrored above all, however, in the art and architecture of Mesoamerica. The talud-tablero method of façade construction that had been developed in Teotihuacán – the alternating sequence of steeply sloping and frame-like projecting vertical walls – placed its mark on architecture in many places throughout Mexico. Of course it is not easy to determine where Teotihuacán people themselves settled or where their cultural singularities were merely imitated. In any case, archaeological indices support the theory that the Teotihuacanos asserted their influence in the Maya territories: in Kaminaljuyu they took power in the 4th century and in Tikal they even founded their own dynasty. There are also clear signs that they intervened in politics in other Maya areas as well. These expansionist tendencies were part of a larger phenomenon that was not limited to the Maya territory, but can also be found in Monte Albán, the capital city of the powerful Zapotec civilization. The Teotihuacanos carried on intensive relations with the Zapotecs, and there is even a possibility that they ruled over Monte Albán for a certain length of time.

The Downfall of Teotihuacán

The city of Teotihuacán was the most complex and populated urban centre in the period between the 3rd and the 6th centuries – a cultural and economic "superpower". The dominant cultural position of Teotihuacanin Mesoamerica came to an end in the 7th century. Large areas of the metropolis were ravaged by fire. The reasons are still unclear; its destruction possibly came about as a result of an invasion or an internal rebellion. After this trauma part of the city remained inhabited for around a century. The city was then finally abandoned. 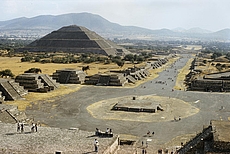 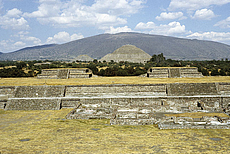 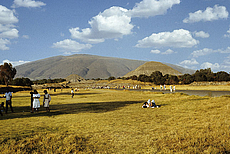 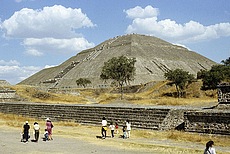 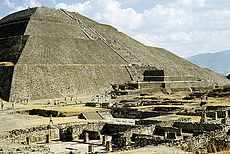 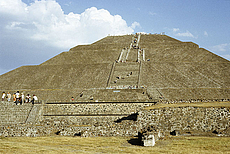 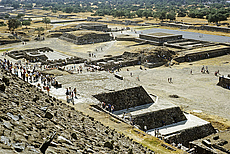 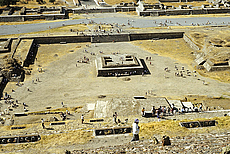 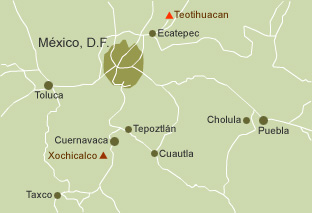 Edited extracts from press information, published for the exhibition in Berlin, July - October 2010
© Copyright: All the photos are protected by copyright. Any further use requires explicit permission.