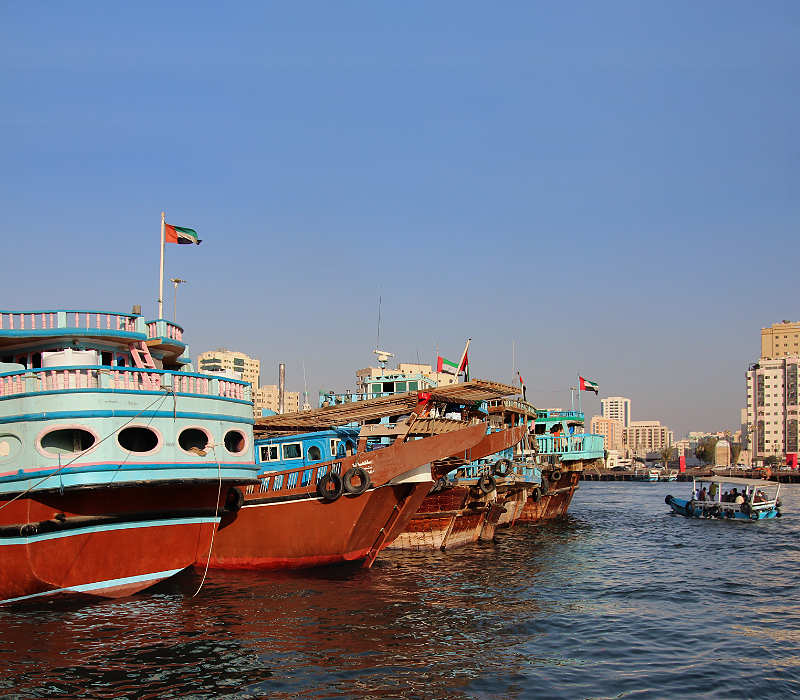 March Meeting 2022: The Afterlives of the Postcolonial

Expanding upon March Meeting 2021: Unraveling the Present, March Meeting 2022: The Afterlives of the Postcolonial will examine the legacies of colonialism and the contemporary impacts of related issues on cultural, aesthetic and artistic practices around the world. Together, both of these March Meetings serve as preludes to Sharjah Biennial 15: Thinking Historically in the Present, conceived by the late Okwui Enwezor (1963–2019) and curated by SAF Director Hoor Al Qasimi, which opens in February 2023.

Drawing upon Enwezor’s concept of the ‘Postcolonial Constellation’, March Meeting 2022 considers contemporary art and issues through the lens of postcolonialism, the critical study of the historical, social and cultural legacies of colonialism and imperialism. From this perspective, participants analyse a wide array of current global issues, such as racism, settler colonialism, apartheid, persistent structural inequalities, new imperial wars, migration, social movements including Black Lives Matter, Indigenous rights, climate change and the restitution and repatriation of looted artefacts. The programme also explores theoretical frameworks such as ‘intersectionality’, ‘coloniality’, ‘decoloniality’ and ‘gendered identities’. To discuss the ‘afterlives’ of the postcolonial, the March Meeting convenes key voices in art and academia whose work reflects discourses, practices, theories and critical perspectives derived from postcolonialism but focused on the world in the late twentieth and early twenty-first centuries and its present and future challenges.

"We look forward to expanding upon the prominent themes and complex conversations developed during March Meeting’s 2021 and 2022 editions –as we thoroughly explore the 'postcolonial’ and its impact around the world in advance of Sharjah Biennial 15,” said Hoor Al Qasimi, SAF President and Director and SB15 Curator. “We aim to honour Enwezor’s legacy and scholarship through each major event, bringing together ideas of the past, present and future, analyzing how our histories intertwine, while emphasizing the importance of supporting contemporary culture outside of Western models by presenting and producing art and discourse that is responsive to our times."

Following March Meeting 2021, which examined the 30-year history of the Sharjah Biennial and the future of the biennial model, March Meeting 2022 further engages with Enwezor’s framework for Sharjah Biennial 15, building momentum towards its opening in February 2023. Sharjah Biennial 15: Thinking Historically in the Present, will continue to explore these themes, bringing together 30 artists to make commissioned works, which examine histories that continue to shape our present, alongside a selection of contemporary works by international artists.

This retrospective presents a largely unknown body of work created between 1948 and 2005 by the prolific Lebanese artist Aref El Rayess (1928–2005). The exhibition includes a wide range of painting, drawing, sculpture and collage that together reveal the rich and complex artistic practice of this important Arab modernist. Organised by Sharjah Art Foundation and Sharjah Museums Authority, with the support of the Aref El Rayess estate and Sfeir-Semler Gallery, Beirut / Hamburg.

In his largest institutional exhibition of recent works to date, award-winning artist Lawrence Abu Hamdan brings together a selection of new multisensory commissions and recent works that probe the question: can the frequencies, simulations and stimulations of sound reveal narratives concealed from history? Tracing the contours of immaterial forms of colonisation, Abu Hamdan has created a distinctive practice of visual expression. In The Sonic Image, he presents various studies of splintered aural leaks—mapping out an aesthetic atlas for how we see sound. Through detailed examination and experimentation, Abu Hamdan moves towards a new form of image-making—a picture that fluctuates between the ear and the eye and behaves akin to sound itself.

The Sonic Image features three major new bodies of work and a large-scale installation, Air Conditioning (2022) commissioned by SAF, which reveals what the artist refers to as a recent history of “atmospheric violence.” On the 6th of March, Abu Hamdan will present Daght Jawi: A Live-Audio Visual Essay, in a site-specific presentation at the Foundation’s The Flying Saucer. Together, this constellation of artworks investigates the boundaries between voice and speech; translation and testimony; representation and reincarnation; and explore the power of sound and image to operate as mutual progenitors, of and in, public testimony.

The Sonic Image is curated by Omar Kholeif, the Foundation’s Director of Collections and Senior Curator.

Significant works by Khalil Rabah, created from the 1990s to the present, that propose speculative frameworks and platforms for exploring how cultural institutions, curatorial practice, museological discourse and critical knowledge operate under long-standing states of emergency and displacement. The exhibition presents an overview of the artist’s ongoing projects, including the Palestinian Museum of Natural History and Humankind, the Riwaq Biennale and Collaborations: by in form, alongside his Scale models.

Focusing on the processes that art practices are subjected to within international institutions, his projects encourage debates about cultural organisations by questioning the social, cultural and political value attributed to artefacts. Emerging from his deep involvement and background in architecture, Rabah’s works seek to provide an alternative vision that challenges public perceptions. He draws on different methodologies to engage with themes of displacement, memory and identity to examine the relationship between humans and their surroundings as well as the nature of the global human condition.

Khalil Rabah: What is not is curated by Sharjah Art Foundation Director Hoor Al Qasimi.

A body of key works by CAMP, the Mumbai-based artist studio founded in 2007 by Shaina Anand and Ashok Sukumaran.

Presenting a cross-section of works created between 2006 and 2020, these projects encompass video and audio works, archives —including works featured in previous Sharjah Biennials, interventions and collections, and draw upon the collective’s unique artistic and research methods. Through them, CAMP discuss topics such as anxieties and inoculations about public health under surveillance, the longue-durée of technological methods and advancements, and ideas of movement as transport or of finding unexpected ways forward.

In collaboration with The Africa Institute, SAF presents the first retrospective of the work of Ghanaian photographer Gerald Annan-Forson. Featuring photographs primarily taken by Annan-Forson between 1979 and 1985, Revolution and Image-making in Postcolonial Ghana traces the political and social life of Ghana during a period of revolution and transformation, offering a visual story of postcolonial Ghana and its struggles and aspirations in the post-independence period. Annan-Forson’s style of composition, lens focus, formal repetitions, character representation, and long-term commitment to documenting the changing landscape of Accra, Ghana, has reshaped the understanding of photography as a tool of radical image-making.

The exhibition is curated by artist and ethnographer Jesse Weaver Shipley, Professor of African and African American Studies and Oratory, Dartmouth College, USA.