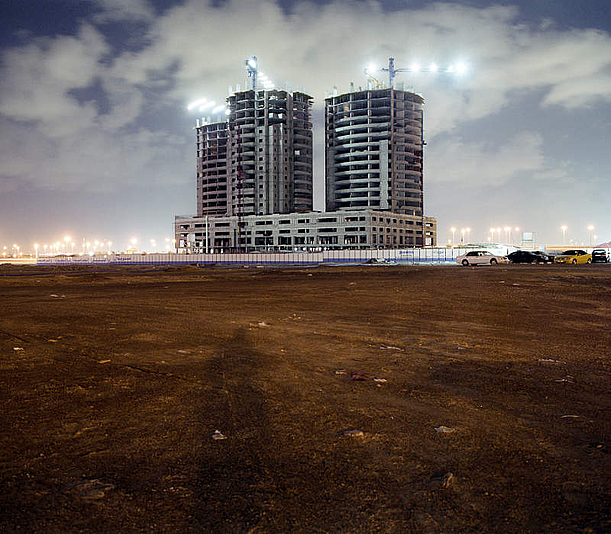 Dubai is the story of a dream come true. The dream of one man who turned a coastal desert emirate into a fancy world for all. It is the triumphant revenge of a luxurious and lush greenery over a harsh desert. People from all over the world flock to Dubai to work and take part in its booming development.

Everything that has been achieved in Dubai has been artificially created, and it works. What counts is that offers everyone the possibility for anyone to enjoy different atmospheres and sceneries in one go. More than any other country, Dubai has learned how to combine the need for economic growth with the necessity of well-being. And the local population is proud of having found a cornerstone on which to build an identity that distinguishes it from its neighbours. They have a sense of belonging: “I come from Dubai, not from the Emirates" is what you hear them say!

My project addresses these issues in the sense that the dream world of Dubai is nothing but the tip of a new tendency- the reproduction of nature and landmarks- which began years ago in Las Vegas and is spreading all around the globe. Nature and landmarks can be reproduced. Let's have our own 'Niagara Falls' or our Taj Mahal'. Nothing is impossible for the architects of Dubai.

© Fouad ElKhoury. Published in the catalogue of Sharjah Biennial 7, 2005.