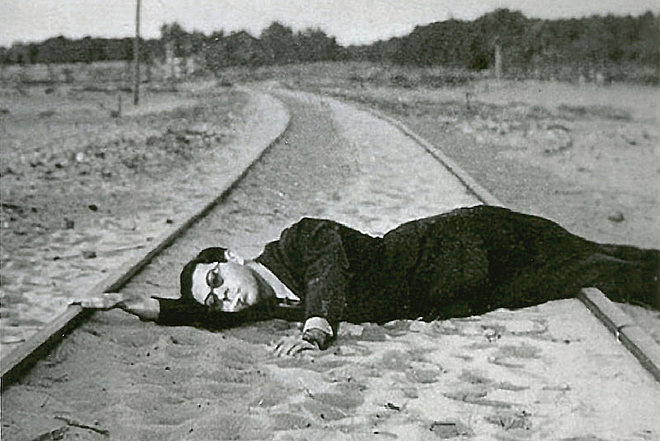 When on 24 March 1938 the futurist poet F. T. Marinetti presented his lecture La Poésie Motorizé in the Essayistes club in Cairo, he couldn’t imagine his conservative and pro-colonial perspective was going to clash with the tensions, visions and needs of a new generation of Egyptian artist and intellectuals.

Georges Henein (1914-1973), a member of the club, stood up and violently attacked Marinetti and the Fascist culture he embodied: the presence of the old writer in Cairo - the conservative father of Futurism and very close to Mussolini’s ambitions of expansion in Lybia and Horn of Africa - could not help but being connected to Italian fascist wars in the continent and more in general to European Imperialism.

The event left a legacy in Cairo which went way further than the simple confrontation between two intellectuals coming from two different political backgrounds and two distant generations. Henein, a young, progressive, sophisticated and cosmopolitan writer who had already presented the ideas of the French Surréalisme in Egypt since the early 1930’s, left the room with the intention of setting up an independent group. On 22 December 1938, he was the initiator of Vive l’Art Dégénéré, a Manifesto signed by other 40 names of the progressive scene of Cairo and distributed in Arabic and French all over the city and abroad. If Europe was burning under Fascist and Nazist regimes, which threatened the freedom of expression and the very existence of Art, the response of the new Egyptian intelligentsia was to address the awareness of intellectuals and their role in facing and challenging the attempts of regimes to censor criticism and free thought.

Using the 1937 Entartete Kunst (Degenerate Art) exhibition in Munich as a trigger, Vive l’Art Dégénéré Manifesto was a cultural statement, for Egypt and for the West. Europe is collapsing under conservative regimes; the cultural scene in Egypt must take a position against those regimes and the cultures they propose; the role of the artists of the non-western world is to deface the conservatism of the new Middle Age rising in the very hearth of Europe and stand against its global spread. Besides reading through the lines and overlapping this discourse to the Europe of this second decade of the XXI Century, it is historically necessary to remember that a very similar position was proposed in post-revolutionary Mexico, on the same 1938, by the Manifesto for an Independent and Revolutionary Art, signed by Mexican mural painter Diego Rivera, together with Leon Trotsky (by then refugee in Mexico from the murderous hands of Stalin) and André Breton.

Few months after, in March 1939, the Jama’at al-Fann Wa al-Hurriyyah (Art and Liberty Group) was launched together with a bulletin called Art et Liberté, circulating in French. Together with George Henein, Ramses Younan, Fouad Kamel, Anwar Kamel, Edmond Jabes and Kamel Telmisany where part of the group, active until 1945 with major exhibitions organised under the name of Ma’arid al-fann al-hur (Exhibitions of Free Art) and the editing of some periodical publications: Don Quichotte, Part du Sable and Arabic journals such as Al Risalah (The Message) , Al Majallah Al Jadidah (The New Magazine) and Al-Tatawwur (Evolution) . If the aesthetics and artistic language of the group can not be defined as strictly surrealist, but often related with some kind of realistic and magic Expressionism, the clear link with progressive cultural positions (from Trotskyism to Stalinism) and with the liberal approaches of European Modern Avant-garde is clear on the theoretical and political production spread through the various publications.

The story of the groundbreaking experience of Art and Liberty is the starting point for the first and major show on Egyptian Surrealism curated by Hoor Al-Qasimi and Salah Hassan at the Palace of Arts in Cairo, When Arts Become Liberty: The Egyptian Surrealists (1938-1965) . With the clear intention of rewriting the History of Modernism from a non-Eurocentric perspective, the show unveils the trajectory of the Avant-garde artistic movements in Egypt from the 1930’s up to the beginning of the XXI Century, unveiling the links with other groups active in the West, the commitment with global, non colonial, progressive and marxist organisations and placing Egypt in the center of a complex network of relations, exchanges, influences.

The 140 pieces presented in the exhibition also show the works of other artists influenced by Art and Liberty, from the mid-1940s through the early 1960s, such as the Contemporary Art Group (which included Abdel Hadi El-Gazzar, Kamal Youssef among others) and the works of artists active independently or in connection with the groups and expressing similar visual researches. The selection of 30 pictures of portrait photographer Van-Leo (1920-2002) is a real discovery in this sense: it shows a very small part of his huge collection of 15,000 photos and 250,000 negatives, archived at American University Cairo Rare Books and Special Collections Library and barely known. The show also includes a section dedicated to the Afterlife of the Surrealists, featuring the work of those artists from Egypt who, from the 1960’s onward, have pursued similar approaches and engagement with Art and Liberty ideas.

When Arts Become Liberty is the result of 7 years of researches which involved the visit to private and public collections, almost unknown and untouched for years. Salah M. Hassan and Hoor Al Qasimi engaged with archive of museums, private collectors in Egypt and abroad, with the personal archive of many Egyptian artists, and reconstructed an history which has been forgotten or neglected for decades. The participation of Egyptian institutions was a key element for the curators, who agreed on opening the touring show in Cairo where Egyptians themselves could visit and rediscover their own history of Modernism.

The show followed the international conference The Egyptian Surrealists in Global Perspective, held at the American University in Cairo on November 2015 and featuring presentations of Egyptian and international scholars.

Conference and exhibition are not the first cooperation between Hassan and Al Qasimi, which are both working since decades to unveiling Art History from a non western perspective, often in close cooperation. On April 2016 Sharjah Art Foundation sponsored, hosted and organised Modernity and the Making of Identity in Sudan: Remembering the Sixties and Seventies. In 2012 the exhibition Ibrahim El-Salahi: A Visionary Modernist which highlighted the work of the UK-based Sudanese artist Ibrahim El-Salahi. A major show about Modernism in Sudan is about to open in Sharjah on November 2016.

This exhibition documents a pivotal chapter of modernism in Egypt that spans from the late 1930s to the early 1960s, and highlights the multifaceted aspects of modernity and its global interconnectedness in the 20th century.

Focusing on the evolution of the Egyptian Surrealist group and their relationship with their Western and international counterparts, this exhibition documents a pivotal chapter of modernism in Egpyt that spans from the late 1930s to the early 1960s, and highlights the multifaceted aspects of modernity and its global interconnectedness in the 20th century.

This is the first major exhibition to examine this important period and the artists and art groups that were active at the time.

More than 150 works have been brought together, many for the first time, including substantial loans from important Egyptian public and private collections that have never before been toured outside of the country. The exhibition expands upon a 2015 conference Egyptian Surrealists in Global Perspective organised by Sharjah Art Foundation in collaboration with the Institute for Comparative Modernities at Cornell University and the Visual Cultures Program at the American University in Cairo.

Alongside the exhibition a range of publications will be produced including a collection of the papers presented at the 2015 Surrealists conference, a reprint of journals originally published in the 1940s including ‘Al – Tatuwur’ and ‘The Other Text’ as well as a selection of other archival material. 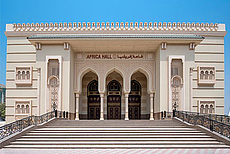