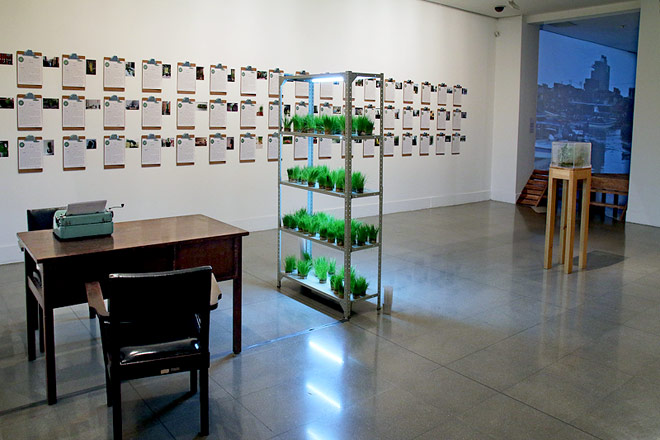 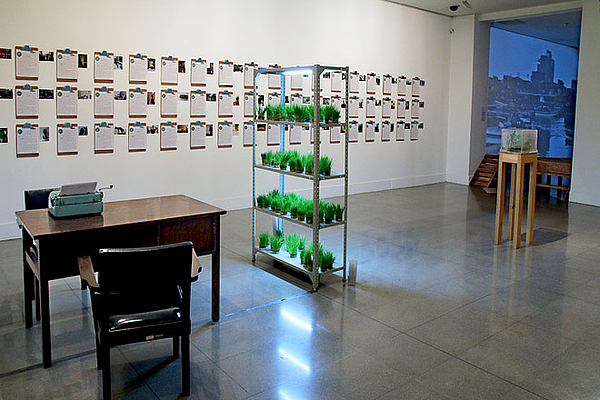 Instabile Territorien. 2011 - fortlaufend
Video, Fotografie, Texte, Erde, etc.
McCormick exhaustively looks into the meanings of the word territory in Colombia and produces unprecedented correspondences between the nuanced uses of this notion in the Colombian context and the political power of this word. Se intercambia territorio (Exchangeable Territory) comes from her inability to take possession of a land that legally belongs to her, but is affected by the armed conflict. She uses inoperative legal documents as fertilizer for growing portable territories –any visitor can take one- so that her own memories activate the collective memory about these issues.

Unstable Territory (Territorio inestable) , the moldy shoe that the artist found in Medellín in 2001; the same she has grown, photographed and drawn since then returns to his place of origin as an optimistic signal, or as a metaphor of the precarious, contingent and elusive reality it represents.