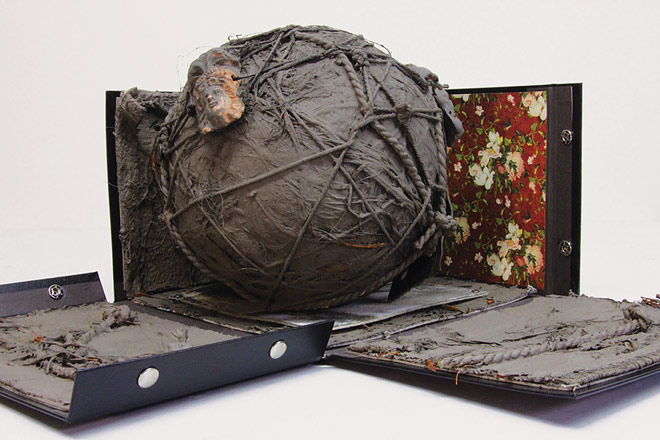 At one point in time Ricardo Brey left his setting, that of Elso and Ana Mendieta and the whole special generation of his friends and colleague artists that would coin the image of Cuban art for a long time to come. He did not go into exile as some of those would, to Miami or some other comfortable place elsewhere, he quite consciously sought for the one country that was still more dear to him than Cuba, the country of art. He went to Europe as a cradle of art. He might have gone to Italy, because his art is quite close to the sensitivity of Arte Povera, but opted for the second key region for the European tradition of visual arts, Flanders.

Brey went to live in Ghent, home place also of The Ghent Altarpiece or Magical Lamb, that famous late maediaeval polyptich by the brothers Van Eyck, said to be the inventors of oil painting. He became an established artist in new home country and was even granted the national Flemish Visual Art prize in 1997. There he found space and time to develop his art, not out of the commercial and media market but slightly on the side of it, into an amazing oeuvre that links visual art up to different mystical traditions on the one hand and to the universe – as his largest project is entitled – on the other.

When Ricardo Brey accepted the offer to make a survey show in the Museum of Fine Arts in Havana, it is therefore not like an expat coming back home, but as an artist that engages for mankind and the world at large, yet attaches a specific importance to Cuba. Therefore also his project for the museum is not only retrospective in the deepest sense but also performative and prospective.

This project is a hinge between the two Breys which are existing at this point, the historical artist in a key moment within the Cuban art history on the one hand, the vital artist living in Flanders on the other hand. Brey refused to be categorized into his first identity and continued to develop his oeuvre as a long term undertaking aspiring for universal validity. He now feels it is time to accept a ‘come-back’ to his first identity but wants to twist the expectations around.

On the one hand he will bring back the spirit of his generation, on the other hand he wants to offer to Cuba the path of art he took. It will offer a view of his oeuvre in which the historical is integrated but the focus is on present validity.

In a certain way the core of the project of Brey is the relating back to his place of origin Cuba through a vision on art. The whole project is about this, the prime location to render this explicit will be the book which is entirely artist driven. Because of its importance, it was a separate ‘line’ in the preparation of the project. For Brey art is a possibility of a sphere of reflection. This is addressed in the book by a wide range of authors but also by suites of images that will act both as an equivalent and as an extension. So the book will not only deal with historical and new works, but also with part of the oeuvre unknown to the wider art world. It will use the capacity of the oeuvre to articulate its artistic ethos.