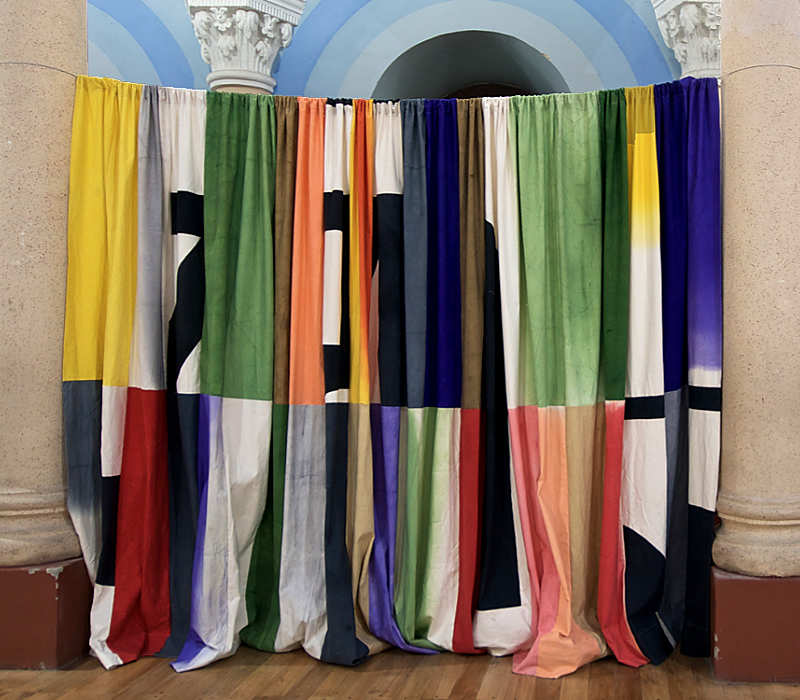 The 12th Bienal de Cuenca is conceived as an open thought process, in which the artworks form different thematic constellations by emphasizing a set of independent, yet equally interrelated concepts. The Bienal's conceptual nuclei have to do with issues that are not only relevant for contemporary artistic production, but also for society as a whole, particularly in the historically and culturally stimulating context of Ecuador and of Cuenca, more specifically.

Poet, essayist and novelist Édouard Glissant (Martinica, 1928 – Paris, 2011) described with the concept of ‘creolization’ a world in constant transformation, covered by infinite roads circulating people, things, and ideas in violent, yet also pacific, colonizing and even fertilizing ways. Informed by Glissant's understanding of knowledge as stemming from movement and relation, the first nucleus of the Bienal addresses the suspension of the privileged condition of the artist. In some cases, this results in nomadic artworks, not only because of their physical movement, but also through the outsourcing of creative production to the point of following an almost industrialmodus operandi. In other cases, artists recuperate traditional know-how, by working with craftsmen or rescuing fables and forgotten stories, or they reinterpret already existing works and even collaborate with spirits and other-than-human beings. The dissolution of the border between the conceptual and the physical author undermines the bases of economic, geographic and political status quos, often referring in more or less direct ways, to Post-colonial debates and the need to undermine market logic.

In problematizing those issues, the 12th Bienal will also gather artists and artworks that question the validity of standard and universal measurements of time and space, and point to the impossibility of reducing the world to uniform criteria. The need to grasp the world in a direct, lived, and unmediated way leads artists to create their own logic, resulting in personal ways of imagining the passing of time, the length of a path, or the limits of a country or city. Similarly, other artists revisit moments of historical importance by reassessing their symbolic value and using them as tools for the understanding of the present.

Most of the artists included in the 12th Bienal have, at one point in their practice, dealt directly with many of the issues described above. Building bridges to other cultures or into their own; collaborating with unknown people in remote places to create a sense of proximity, and to make the world unique and authentically theirs; re-imagining time, space and history; "Planting unknown plants in dilated soil, making mountains come together", as Glissant once wrote. Everything connects in the unending plot of this show. Every artwork reveals infinite meanings that sprout both from its own poetics and from the relation with its surroundings.